Russia plans to launch fakes on the EA Zelensky, – Gritsenko 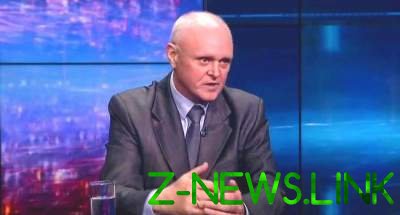 Russia plans to launch fakes through the media about the Advisor of the newly elected President Vladimir Zelensky Ivan Aparine, he allegedly “KGB/FSB”.

About it on may 2 reported in Facebook the head of “Civic position” ex-presidential candidate Anatoly Gritsenko.

“Cost Zelensky to take my advice and engage a professional in the field of defense Ivan Uparsin, as Moscow has prepared a provocation against Parshina: according to my sources, Russia plans to launch through its media fake, supposedly Uparsin is a “KGB/FSB”),” wrote Hrytsenko.

According to him, “the reason is simple: Moscow does not want to see professionals next to newly elected President of Ukraine”.

Gritsenko tied provocation against Parshina with the decision of the Basmanny court of Russia, which is in absentia arrested Gritsenko and declared in the international search under article “incitement to terrorism”.

“I had to meet with Vladimir Zelensky, recommend professionals in key areas as soon as Moscow had sent “greetings”: the decision of the Basmanny court,” – says the head of “Civil position”.