Russia formed a delegation to participate in PACE session 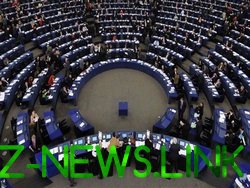 After a five year hiatus Russia hopes to take part in the session of the parliamentary Assembly of the Council of Europe.

The Federation Council and the State Duma of the Russian Federation on Wednesday, June 19, formed a delegation for possible participation in the summer session of the parliamentary Assembly of the Council of Europe (PACE), reports TASS.

“The Duma Council approved the composition of the part of the Duma of the Federal Assembly delegation to PACE, or, as it is officially called, of the deputation of the State Duma. It included 22 people – 11 members and 11 deputies. According to the sectarian quota system, from the faction “United Russia” was nominated for 14 deputies, three deputies from LDPR and the Communist party, two – from “Fair Russia”, – told reporters the head of the lower house Committee for international Affairs Leonid Slutsky.

See also:  "Support of Russia": Small shops in Russia was under threat of closure

As reported, on may 17 this year, more than 30 foreign Ministers of member countries of the Council of Europe meeting in Helsinki adopted a decision that opens the way for Russia’s return to PACE under the emergency procedure. In the Council of Europe has also allowed Russia to participate in the election of a new Secretary General.

The foreign Ministry of Ukraine said that Kiev will reconsider the attitude to PACE, in the case of return to the Russian delegation.

We will remind, on the eve of Angela Merkel during the meeting with Vladimir Zelensky said that Russia will return to PACE at any cost.

As you know, in 2014, the PACE has deprived the Russian delegation’s voting rights in connection with the annexation of the Crimea, and in response to the RF ceased to participate in the sessions of the Assembly. Russia working in all other Council of Europe bodies continued. 2017 Russia does not pay contributions to the budget of the Council of Europe.