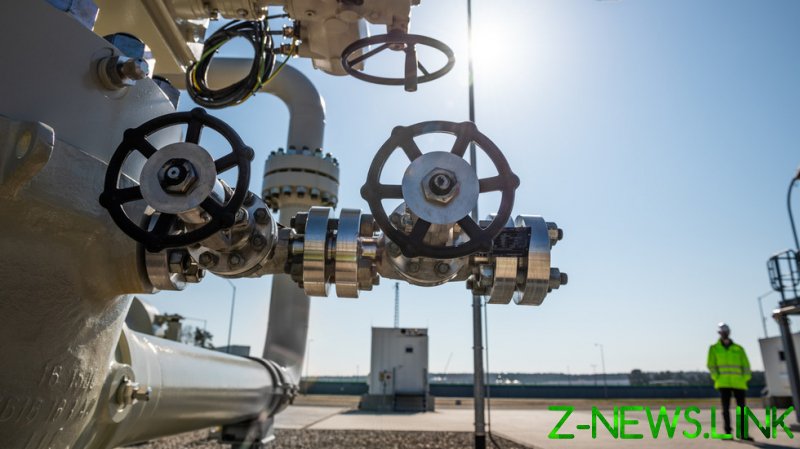 Russia’s Gazprom subsidiary, Swiss-based Nord Stream 2 AG, involved in the construction of the Nord Stream 2 pipeline, lost a court battle over exclusive access to the infrastructure earlier this week. The company was seeking an exemption from the provisions of the EU Gas Directive that bans a single firm from the exclusive use of a pipeline. According to Wednesday’s ruling by Dusseldorf Higher Regional Court, Gazprom might be forced to use only 50% of the pipeline’s capacity and allow an independent supplier to use the rest in order to comply with EU laws.

However, as per the updated rules of the directive, the gas pipeline entering EU countries must either be partially exploited by an alternative supplier, or a part of it located in the territory of the bloc must belong to a third-party company. According to the Frankfurter Allgemeine Zeitung, EU officials may offer Gazprom the chance to do the latter.

“According to [European] Commission officials involved in the issue, [Nord Stream 2] does not meet EU requirements. There is no getting around selling the pipeline, they say,” the newspaper states. However, it further says that none of the hurdles the European Commission may set ahead of the pipeline’s launch could prevent it from delivering gas to Europe in the future.

“The Commission cannot prevent certification directly… It is entirely justifiable that Nord Stream 2 will feed gas into the pipeline before the [gas] network agency has granted certification.

“Even if the Federal Ministry of Economics refused to allow the operators to do so, they could take legal action against it and continue to deliver. In the worst case, they risk fines – and the last option they still have is to sell the pipeline to another certified operator at some point,” the newspaper states.

However, Russian experts believe the pipeline’s sale is unlikely.

“The [EU] gas directive assumes that the production and transportation of gas cannot be in the same hands. Therefore, the EU offers: we do not touch your gas, but let Gazprom sell us the gas pipeline itself so that this directive is met… This is a fantastic dream of the West, built on a completely incorrect idea that if you divide a certain technological process, it will become more competitive and efficient,” Dmitry Zhuravlev, professor at Financial University under the Government of the Russian Federation, told Sputnik radio.

“Competition is when two companies are fighting for one customer, not when they separate one part of production from another. Two related production programs do not compete, but complement each other. The idea of ​​competition, on which all these gas directives are built, does not work here,” Zhuravlev stated.

Nord Stream 2 is a 1,200-kilometer long gas pipeline, which runs between Russia and Germany along the bottom of the Baltic Sea. It is built to deliver natural gas from Russia’s Siberian gas fields to Europe, with a planned capacity of 55 billion cubic meters per year. The pipeline is constructed by Nord Stream 2 AG with the sole shareholder Russia’s state energy giant Gazprom. Last week, Russian President Vladimir Putin said there are only 15 kilometers of the pipeline remaining to be set up. After its completion, two to three months will be required for tests and certification, with experts stating the pipeline will be able to start gas deliveries by year-end.