Home / economy / Russia confidently enters in a state of crisis. The population to tighten belts

Russia confidently enters in a state of crisis. The population to tighten belts 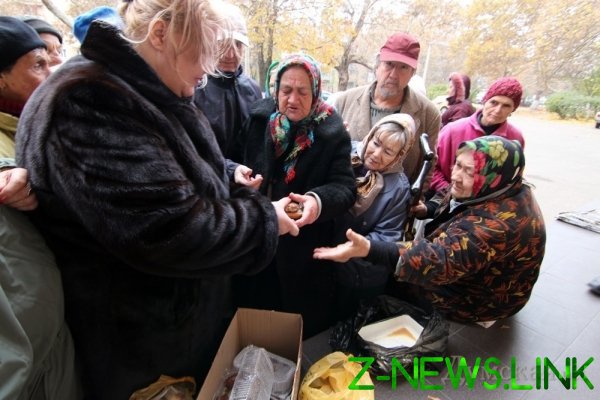 At the same time Russia was one of the main victims of the collapse of the energy markets, and a country full of desperate troubles associated with the epidemic of the coronavirus, easy exit from the global crisis, she’s definitely not threatened.

The first stage is the gradual slide of the economy into recession, the demand for raw materials and goods, causing the budget deficit gets large, and incomes are reduced, – said the expert. – This stage of immersion in the crisis is now reinforced by the practical stop of the economy.

Further (in summer) followed by a financial crisis, due to mass non-payments of the population and business.

The third stage (presumably in the autumn) is the economic crisis, the default of the state in terms of social obligations.

The national currency is determined by two factors – the price of oil and activity of the Central Bank for its maintenance. The last is entirely dependent on the amount of available foreign exchange reserves and the situation with budget filling. In case of danger of emergence of large budget deficits, the Central Bank may not hesitate to sacrifice the national currency.

One of the main questions asked by the Russians, is the fate of their personal savings. Many of them, in the context of an emerging crisis, fear for their deposits in Russian banks. Judging by the comments of some analysts, under certain conditions, these fears are not groundless.

Recently, several high-ranking officials and bankers, including the head of Sberbank German Gref, said that depositors should not fear for their deposits. But, as often happens in Russia, after similar statements of public concern about the fate of their deposits increases significantly.

In translation into Russian it means that the deposits in banks may be frozen or converted into bonds for the support of the economy and the state.

In Russia, according to experts, the impact of the global crisis will be harder and longer since the demand for raw materials (the main source of replenishment of the Russian budget) will be recovering for a very long time.