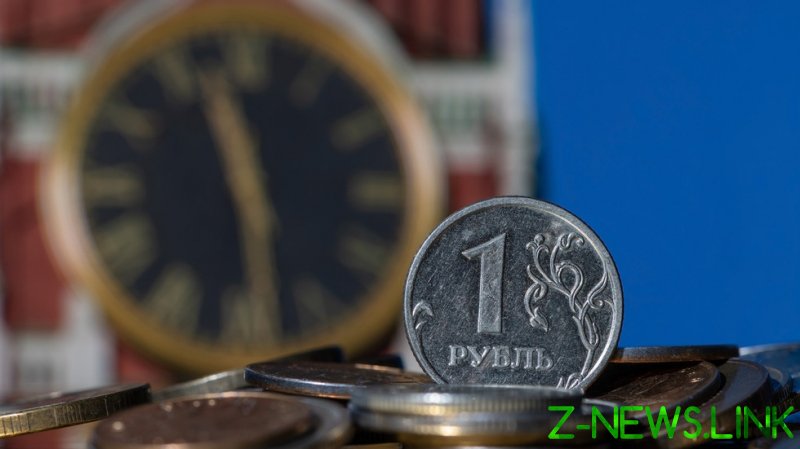 The Russian currency strengthened to more than a one-month high during trading on Tuesday, surging over 10% amid signs of progress in peace talks between Russian and Ukrainian negotiators. The looming ruble-for-gas payments deadline has also been lifting the currency.

The ruble was trading below 83 against the US dollar in its strongest reading in a month. It also gained against the European common currency to trade at around 93 rubles per euro.

The Russian currency has risen dramatically over the past three weeks, reflecting the efficiency of the monetary policy adopted by the central bank in response to sanctions.

Another major boost was last week’s government decision to demand that “unfriendly” states pay for natural gas only in rubles rather than in dollars or euros from now on. Those countries – including the US, the UK, and the EU – have until March 31 to switch payment for Russian gas to rubles.

The currency plunged to a record low of 151 rubles against the greenback on March 7, after being targeted by Western sanctions. It has nearly doubled in value against the US dollar since then.