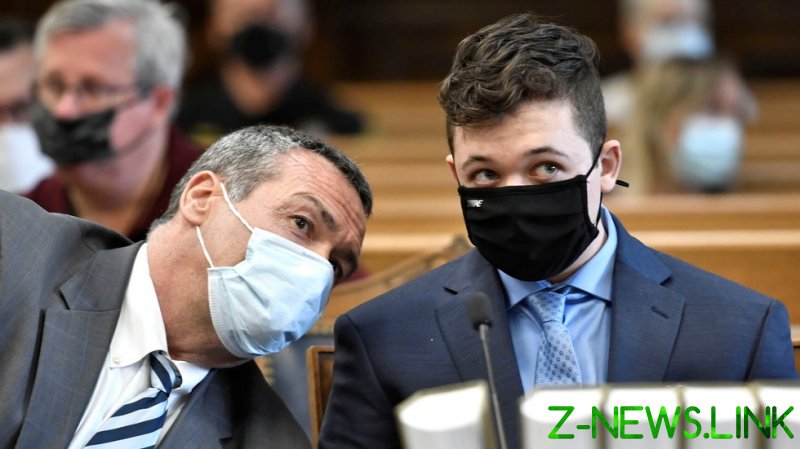 Ahead of Rittenhouse’s trial next week, Judge Bruce Schroeder laid out some last-minute ground rules on Tuesday, with his judgements favoring the teenage murder defendant.

First, ABC News reported that prosecutors cannot refer to the three men shot dead by Rittenhouse as “victims,” stating that “the word ‘victim’ is a loaded, loaded word.”

The defense, however, will be allowed to call the men rioters, looters, and arsonists.

“If more than one of them were engaged in arson, rioting, looting, I’m not going to tell the defense you can’t call them that,” Schroeder declared.

Though the rules concern only a handful of words, they could potentially have a big impact on the case. Rittenhouse’s team is arguing that he acted in self-defense when he shot and killed 36-year-old Joseph Rosenbaum and 26-year-old Anthony Huber, and wounded 23-year-old Gaige Grosskreutz. The shootings took place during violent protests over the shooting dead of Jacob Blake by a Kenosha Police officer.

All three shootings were captured on video. Rittenhouse first shot Rosenbaum, who appeared to lunge at him, then fled a mob of protesters that gathered around the scene. He tripped and fell and was attacked by Huber, who attempted to take his gun. Rittenhouse shot Huber in the chest, and then shot Grosskreutz in the arm, who was seen on video holding a pistol.

Immediately after the shootings, Rittenhouse walked toward police lines, and was waved through. Earlier that night, video footage showed officers chatting with Rittenhouse and other armed citizens and tossing the teen a bottle of water. Rittenhouse’s lawyers pressed for the video’s inclusion in the trial, claiming that it shows how the officers didn’t consider Rittenhouse to be acting recklessly that night. Despite objections from the prosecution, Judge Schroeder decided to allow the video.

The case has been closely watched and heavily politicized. Rittenhouse’s family sued Joe Biden’s presidential campaign for falsely describing him as a white nationalist, while Grosskreutz – who reportedly said after the shooting that that his only regret was not “emptying the entire mag” of his pistol into Rittenhouse – sued the city of Kenosha for allowing Rittenhouse and other “vigilantes” to patrol the streets and “shoot and kill innocent citizens.”

Despite Rittenhouse’s bail being set at a whopping $2 million, left-wing pundits and politicians were still outraged when the teenager was allowed to walk free before his trial, with New York Congresswoman Alexandria Ocasio-Cortez declaring his pre-trial freedom proof of “systemic racism” and “protection of white supremacy,” despite there being no apparent links between Rittenhouse and any white supremacist organizations or beliefs.