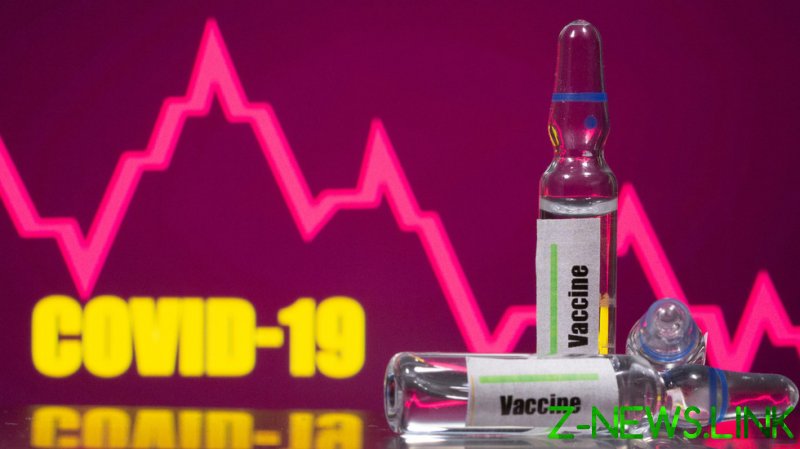 Nearly two-thirds of the world’s population could be left without access to a Covid-19 vaccine for the near future, a major non-profit charity group warned in a damning statement. It blamed the grim forecast on pharmaceutical corporations’ desire to “protect their monopolies” and sell the life-saving vaccines to the “highest bidder” instead of “freely sharing them” with the world.

The five producers behind the leading vaccine candidates currently in phase 3 trials have signed contracts to supply more than half of all vaccine doses to be produced in the near future to a handful of developed nations and territories, including the US, UK, EU, Australia, Hong Kong and Macau, Japan, Switzerland, and Israel, Oxfam said, citing data collected by analytics company Airfinity.

The remaining doses were promised to India, Bangladesh, China, Brazil, Indonesia, and Mexico, among other developing nations, the charity added. The total production capacity of the five vaccine developers amounts to just under 6 billion doses, according to Oxfam. That means that 3 billion people could be vaccinated in the coming year or two, since most planned vaccination schemes involve two doses per person.

However, according to the charity, nations such as the UK have already secured supplies of vaccines equivalent to five doses per person – apparently at the expense of not-so-wealthy nations that can’t afford to strike similar deals.

Oxfam particularly took American company Moderna to task, accusing it of a desire to “make profit” off its vaccine by selling it to those who can pay “$12-16 per dose in the US,” and $35 per dose for other countries.

“The calculations expose a broken system that protects the monopolies and profits of pharmaceutical corporations and favors wealthy nations, while artificially restricting production and leaving most of the world’s population waiting longer than necessary for a vaccine,” Oxfam said.

The charity then called for the development and production of what it called a “People’s Vaccine – available to everyone, free of charge and distributed fairly based on need.”

Oxfam gave some praise to the British-Swedish corporation AstraZeneca for its pledge to supply two-thirds of the vaccine doses it produces to developing countries, but said it is still not enough.

What was, however, completely omitted in the Oxfam report is the fact that Russia’s Gamaleya Federal Research Center – the state scientific institution behind the development of one of the five “most promising” vaccines mentioned by the charity – is ready and willing to share its technology with almost 30 nations.

According to Russian Deputy Prime Minister Tatyana Golikova, Brazil, Venezuela, Azerbaijan, Kazakhstan, and Belarus are on the list of Russia’s potential “partners” for vaccine development and production. The technology transfer will not be entirely free, as Oxfam calls for, but each nation partnering with Moscow can choose from a number of options for working together.

Mexico is one of the nations taking part in phase 3 trials of the Russian vaccine and will receive 2,000 doses for this purpose.

Nations will be able to receive the vaccine either through direct purchases or through technology transfer, or even through joint participation in vaccine development and clinical trials, Golikova told journalists.

Earlier, Kirill Dmitriev, the head of Russia’s Direct Investment Fund (RDIF) – the nation’s sovereign wealth fund currently in talks with other countries on vaccine purchases and technology transfer – said that India could become a major hub for the production of Russia’s Sputnik V vaccine.

“India is one of the leading vaccine producers,” Dmitriev said, adding that his agency is engaged in “active dialogue” with New Delhi and Indian companies to secure a deal on production in India. This is in addition to the 100 million doses Moscow has pledged to India.