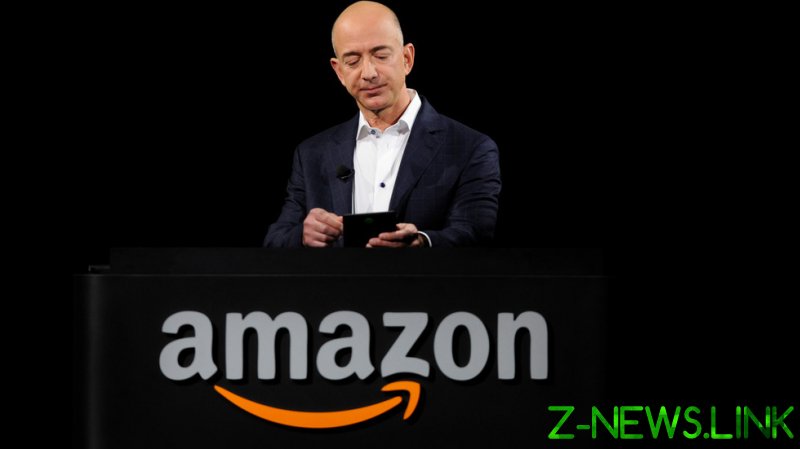 “Big Tech, including Amazon, is engaged in systematic viewpoint discrimination. In the unfortunate phenomenon of ‘cancel culture,’ Amazon plays a leading role in silencing and censoring the political speech of conservative Americans,” reads the letter, first obtained by Breitbart.

The legislators pointed to several examples in which Amazon exerted “editorial control” over content that is “biased against conservatives,” giving the appearance of a “coordinated effort to cancel conservative speech” on its various platforms.

Among those cases were Amazon’s decision last June to bar advertising for a book by Wall Street Journal reporter Abigail Shrier, which warned that “transgender identification among teen girls has become a social contagion.” The lawmakers also cited a move earlier this year to cut conservative-friendly social media site Parler off Amazon’s cloud servers, as well as a documentary on Supreme Court Justice Clarence Thomas that was inexplicably deleted off the site “without warning or notification to the film’s director.”

Jordan and Buck demanded that Amazon hand over “all documents and communications” related to the examples outlined in the letter, saying they expect the company to provide the material no later than the evening of March 25.

While both the Judiciary Committee chairman, Jerry Nadler (D-New York), as well as the antitrust subcommittee chair David Cicilline (D-Rhode Island), refused to sign the letter, they were nonetheless copied to the missive.

Republicans have repeatedly taken aim at Big Tech firms for purported censorship campaigns against the political right, a cause loudly championed by former President Donald Trump, who was himself targeted with bans and suspensions across several platforms in the wake of the January 6 riot at the Capitol. The GOP representatives behind Thursday’s letter also referred to Trump’s indefinite ban on Amazon-owned Twitch, tasking Amazon with providing material on that incident as well.