Home / WORLD / Remain in Afghanistan without the Americans? Britain would be hard pressed defending Alderney with our depleted armed forces

Remain in Afghanistan without the Americans? Britain would be hard pressed defending Alderney with our depleted armed forces 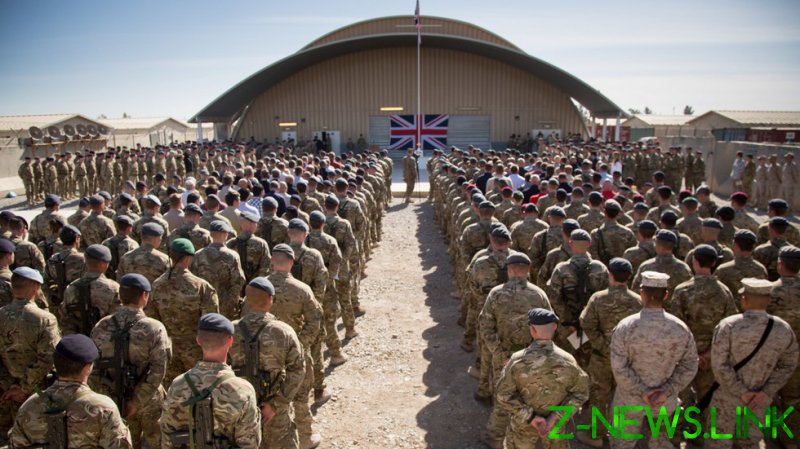 With the United States withdrawing from Afghanistan, the UK had little choice but to follow suit. This has not gone down well with a portion of the ruling Conservative Party, which has always been the most hawkish of British political parties. Yesterday, two former British defence ministers, Tobias Ellwood and Johnny Mercer, came out and criticised the decision to withdraw from Afghanistan, correctly stating that it could lead to a return of the Taliban.

Ellwood, a former soldier, argued that “Britain must step up and show international leadership, convene a conference of like-minded states and get a plan in place to deliver effective military support. If we don’t, everything we fought for since 2001 could be lost.” Unfortunately, for Ellwood, there would be few countries lining up to offer military support in Afghanistan. For most, it would be a case of ‘once bitten, twice shy.’ Indeed, many will conclude it is best to leave Afghanistan to its own devices. One country the UK could work with might be Russia, which has now deployed fighter jets on its Afghan border. This would require a major rethink of British foreign policy, however.

Mercer, who served in Afghanistan, stated that “a lot of British blood was spilled in Helmand Province,” and asked, “Was it all really for nothing?” Sadly, the answer is yes, as the ill-fated 20-year-long campaign hasn’t succeeded in any of its objectives. This is not the fault of the soldiers on the ground – they have done their job admirably, and often with one hand tied behind their backs. The fault lies with the politicians back home. Indeed, never before have so many lions been led by so many donkeys.

In truth, the mistakes had been made from the beginning. The West rushed into Afghanistan in revenge for 9/11. Something had to be done and President George W. Bush and his administration of neo-con hawks were going to do it – and do it quickly. So, like a trigger-happy cowboy, Bush and his bandidos dragged the Western powers into the ‘graveyard of empires’ on the hoof. There was no clear mission objective beyond removing the Taliban and killing Osama Bin Laden. And they even failed to do that, as Bin Laden was well gone by the time the coalition forces started bombing the Tora Bora mountain range where he was believed to be hiding. When he was eventually found and killed, it was in a compound in Pakistan, our supposed ‘ally’. The campaign was thus a cock-up from the get-go.

Since then, it has been a case of half in and half out. Indeed, for many years, Afghanistan played second fiddle to the equally disastrous campaign in Iraq. Nevertheless, 454 British soldiers have lost their lives in Afghanistan in the past 20 years, and many more have been injured. Mercer is correct to ask what it was all for. The Taliban is once again making strides across the country now the US and the UK have departed, and the result will inevitably be a civil war and most likely a return of the fundamentalist organisation, which is already laying siege to three provincial capitals.

The idea that the British could stay in Afghanistan without US assistance is frankly for the birds. The British Army has been reduced in size by successive governments – so much so, in fact, that it technically shouldn’t even be called an army anymore, and is instead a corps of around 80,000 soldiers. Elwood and Mercer are engaging in delusions of grandeur, or indeed empire, when they suggest the British can stay and police Afghanistan alone. Back in 1922, British Prime Minister Andrew Bonar Law said Britain could no longer afford to “alone be the world’s policeman”. Well, if that were the case even back in 1922, when the UK had a large army, the world’s biggest navy, and an empire on which it was said the sun would never set, it’s most definitely still the case a century later, when our entire army could comfortably fit inside Wembley Stadium.

There can be no doubt that the withdrawal from Afghanistan has been ignominious. Just as Winston Churchill once decried Britain’s “scuttle from empire,” we now have the scuttle from Afghanistan. On one hand, it is scandalous that the US and the UK are leaving those who fought and aided the coalition forces to their fate. Yet, on the other, what else could have been done?

Once the Biden administration had taken the decision to withdraw, the British had no option but to follow their lead. And whose fault was that? Well, in short, it is the political class to which Ellwood and Mercer belong, which has been hollowing out the British Army for decades.