Home / policy / Rauf Arashukov: “If I had known how life works in prison, it would be a very different law

Rauf Arashukov: “If I had known how life works in prison, it would be a very different law 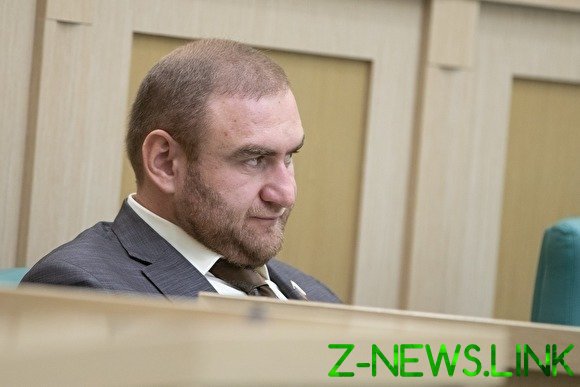 The prisoners of the SIZO “Lefortovo” Senator Rauf Arashukov and his father Raul Arashukov complained about the lack of Halal food and television, transmit “news” with reference to the member of the Public oversight Commission (POC) Alexander ionov.

“He told us during the meeting that “if I had known how life works in investigative isolators, it would be quite different laws”,” the passed Ions.

According to him, the Senator declared that cannot neither Halal nor transfer the fish, as the menu jail such products are not provided, and the fish cannot be transferred because of the danger of poisoning and intestinal infections.

According to a member of the PMC, Arashukov was also “concerned for their co-religionists in prison, who cannot purchase Halal products.”

See also:  The decree Poroshenko on the prohibition of Russian websites came into force

The father of Senator Raul Arashukov complains that now he has no opportunity to watch TV after the transition to the use of digital broadcasting TV in jail ceased to receive the signal, said a member of the PMC Boris Klin.

“The prison authorities said that will be made centralized purchase, but when — is unknown” — said social activist.

Senator Arashukov such claims are not expressed — he reads the detectives from the prison library and expects to receive a forwarded outside religious literature after it will pass censorship.

The arrested also complained about the delay of correspondence. According to Ionova, Senator and former Minister for Open government Mikhail Abyzov said that already more than three weeks before I get letters, and telegrams, according to Arashukova, delivered only a week after the departure.

See also:  It became known in what regions the alumni best managed with EIT

32-year-old Senator from Karachay-Cherkessia Rauf Arashukov charged with participating in a criminal organization (part 3 of article 210 of the criminal code), murder of two and more persons (part 2 of article 105) and witness tampering (part 4 of article 309). According to investigators, the Senator involved in the murder of Deputy Chairman of the youth movement “Adyghe Khasa” Aslan Zhukov in Karachay-Cherkessia and the murder of the President of the Republic of Frala Shebzukhova. The father of parliamentarian Raul Arashukov accused of theft of gas of OJSC “Gazprom” for the sum more than 30 billion rubles.