Rapinoe insists greater equality is ‘on white people’, admits she has ‘incredible privilege’ 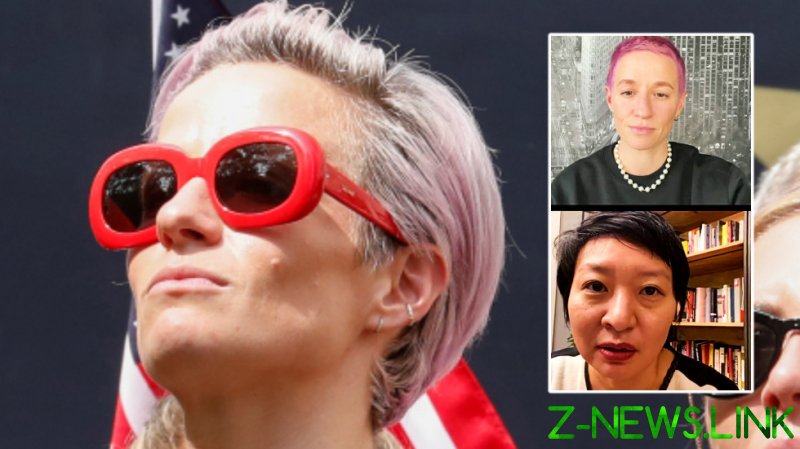 Speaking to Professor Cathy Park Hong, the Korean-American author of a new book about Asian-American identiy, two-time Women’s World Cup winner Rapinoe spoke of her determination to continue her high-profile campaigning and thanked the poet for “continuing the education we as white Americans so desperately need”.

Having testified to the US Congress in her fight for equal pay, Rapinoe told Hong that explaining why she deserves to be paid what she feels she deserves is “infuriating”, likening the debate to “talking and banging your head against a brick wall”.

“I try to spend less of my time explaining myself to the people in charge of the problems that I want to change and more on people who are working to dismantle,” explained the icon of the female game.

“It revs me up too much, so I try to focus on the people who are working with me on solutions and are going to challenge me – not just people who are likeminded, I don’t think that feedback loop is positive.

“But people who are fully respecting me as a human and then can come back with constructive criticism and can come back and check me, but also we’re working together for a common goal. That is something that gives me life.

“I feel like I’m being discriminated against when it comes to my salary and my compensation, but I also am a famous athlete so I can call the New York Times and I can call the Washington Post.

“That’s not normal for the majority of women who are dealing with pay discrepancy so I feel like it’s my responsibility in doing that, in balancing out the incredible privilege that I have.”

Rapinoe clashed with former US president Donald Trump and can be a polarizing figure in her homeland, where her critics frequently condemn her attitude and accuse the 36-year-old of being ungrateful.

The “most marginalized” people should be “in charge of moving forward”, she believes.

“Particularly for white people, I really do think it’s on us to defer to leadership of people who are marginalized and are traditionally cut out of all these stories, to not just lead but to fill in the story,” she said of the way American history is told.

“We have such a small understanding and narrow view of even what the history of America is – which, if you really think about it, is pretty gross in a lot of way. It’s pretty destructive and violent and hateful in many ways.”

The OL Reign star has managed to find some hope. “A little bit selfishly – my teammates feel this way too – I can see the world starting to change,” she observed.

“We can see the change that’s happening in the world and the more we speak up, the more we find commonalities with each other, the more that we realise that we’re all trying to live and be seen and live a full life [in which] we get to explore all the parts of ourselves.

“I know that’s really important to me: I like to express myself and be free and try to do whatever I want, pretty much, within relative context. Within that, I have to give other people respect too and it goes both ways.

“It’s also like: what are we doing in this world? I personally am not religious and I don’t believe in an afterlife or anything that so I’m like, ‘I have this amount of time and it’s not very long’.

“So I’m going to make the most of it and bring as many people along with us as possible.”

Rapinoe has suggested in the past that more players with huge platforms should follow her lead, countered by some who feel there is questionable public appetite for ‘virtue signaling’.

“Turning a blind eye to what is so, so obvious for such a long time – but as the days continue to tick it becomes more and more obvious to all of us, the inequalities we face in this world – it seems ridiculous to do nothing,” she said.

“Sometimes it’s just a conversation with your community or parents or a family member or friends, or you’re canvassing for voting. There are a lot of ways you can show up for equality and other people in the world.