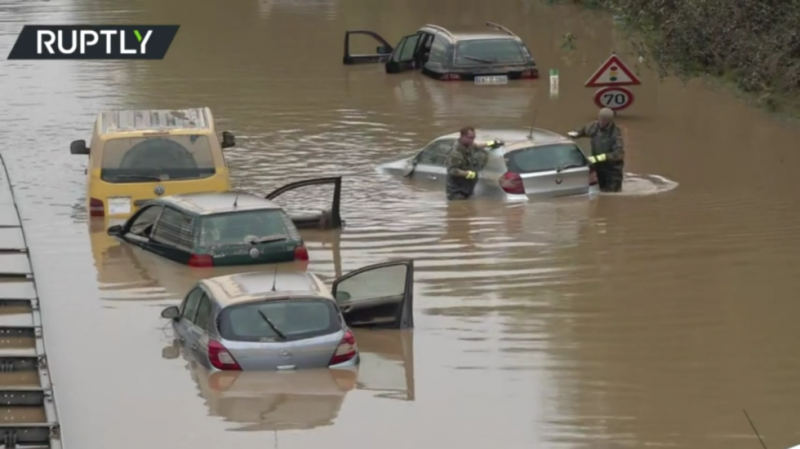 At least 155 people were killed in Germany’s western Rhineland-Palatinate region and neighboring North Rhine-Westphalia. The military was deployed to help rescue workers save people from rooftops and recover vehicles trapped in the floodwater.

European Commission chief Ursula von der Leyen, on Saturday, visited the towns of Rochefort and Pepinster, where houses were destroyed by the water. “My heart ached as I met people who have lost their homes, the savings of a lifetime,” she wrote on Twitter.

By Sunday, the disaster hit Bavaria and Saxony, where city streets were flooded and around 130 people were evacuated. “The emergency calls are constantly coming in,” a police spokesperson in Rosenheim told German media.

Railway giant Deutsche Bahn said that rail service between Bad Schandau and Decin, a town in the Czech Republic, has been disrupted. Rail traffic between Dresden and Prague was also affected.

In Switzerland, Lake Zurich broke its banks, and there are fears that lakes Lucerne, Biel and Thun will follow suit.

The water reached Hallein, a town near Salzburg in Austria on Saturday, after the river Kothbach burst its banks.

“We will not leave those affected alone and support them in reconstruction,” Chancellor Sebastian Kurz said.