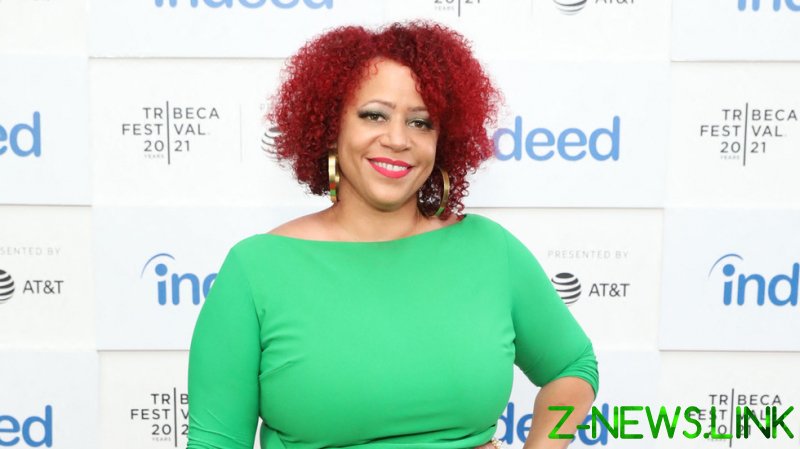 After over a month of slagging off UNC as racist for not immediately offering her a tenured position, Hannah-Jones has announced she will take a faculty role at historically black university Howard, where she will found a so-called ‘Center for Journalism and Democracy’ – another irony in a resumé that’s not short of them already.

Hannah-Jones shot to prominence for all the wrong reasons with her work on the New York Times’ 1619 Project, which erroneously claims the US was founded based on slavery in 1619 and essentially insists that everything since the nation’s establishment has been designed to keep institutional racism in place.

She was awarded a Pulitzer based on the introductory essay to the multimedia package the Times released as the 1619 Project, only for the paper of record to acknowledge in October that the nation had not been founded on the preservation of slavery at all and there was no way to pretend it had, short of, well, making stuff up.

But even after the central premise of her supposed masterwork vanished, Hannah-Jones has done what she can to cling to her claims. That UNC Chapel Hill was willing to embrace her as a tenured professor – despite her having authored a known falsehood that hasn’t just been forced down the throats of the Times’ readers, but also repackaged to be spoon-fed to children attending public schools – certainly speaks worse of the school than it does of Hannah-Jones, who of course has the right to pursue a job anywhere she likes.

However, threatening UNC with a discrimination lawsuit – as Hannah-Jones did when it quietly declined to offer her tenure along with the ‘Knight Chair in Race and Investigative Reporting’ she was supposed to assume on July 1 – crosses the line into absurdity. Hannah-Jones received a Master’s degree and a full scholarship from UNC, but that’s not necessarily a ticket to a professorship, let alone a tenured one.

Her lawyer had initially blamed Arkansas newspaper publisher Walter Hussman Jr., who supposedly “expressed concerns about certain aspects of the 1619 Project and Hannah-Jones’ hiring,” according to the Times, while Hannah-Jones herself would go on to blame writers from “a conservative think tank called the James G Martin Center” for complaining she had not been vetted by the Board of Trustees. “The article questioned how I had been hired without the Board of Trustees’ approval,” she complained.

Why shouldn’t they ask questions?! For the school to hire a ‘journalist’ with a proven history of warping the truth to suit her ideological purposes – to occupy a ‘Chair in Race and Investigative Reporting’ no less – is embracing a credibility grenade moments before it explodes.

Race and investigative journalism are, for better or worse, two of the most radioactive issues in the US today, and any school worth the land it’s built on had better thoroughly vet its candidates for professorship. Stories surface regularly of professors caught doing decidedly unprofessorial things, although with American academia sinking fast, relatively few are punished unless they choose to ‘out’ themselves. That Hannah-Jones’ inability to separate truth from fiction was discovered before she was given tenure is a blessing, although it will likely not be treated as such.

Indeed, those who initially voted not to give Hannah-Jones tenure were merely being cautious – although they will be pilloried as racists and blamed for all the Times writer’s subsequent career hiccups. Should she have proven to be more than the sum of her mistakes at the Times, there was always the prospect she could be granted tenure at a later date. Instead, she threw a tantrum like a spoiled child, typical of those who make up an inordinately large percentage of big-name journalism in 2021. And when she was finally offered that tenure she wanted so much, she threw it back in their faces – again, like a spoiled child – and walked out.

Unfortunately, academia and the media feed off each other in a sick symbiosis far too strong to be broken at any one link. So, it’s impossible to know how long the would-be professor had that second job available waiting for her, eager to embarrass UNC Chapel Hill at the earliest possible opportunity by dropping it like a hot potato as soon as it approved her tenure.

The administration at Howard is unlikely to reveal when it made the offer to Hannah-Jones either, thanks to bullying routines like the one she launched against UNC, denouncing “discrimination” at a school that awarded her a Master’s degree in 2003 and then eventually offered her a tenured professorship, only for her to reject it. In the ‘clown world’ that is 2021, it would not be no surprise at all if Hannah-Jones was to denounce a historically-black university like Howard as somehow racist.

Hannah-Jones released a statement on Tuesday morning attempting to explain her decision to reject the tenured professorship she’d supposedly longed for and prepared for. “These last few weeks have been very dark,” she writes, complaining that “to be treated so shabbily by my alma mater, by a university that has given me so much and which I only sought to give back to, has been deeply painful.”

If being offered a tenured professorship after a full-ride Master’s scholarship is being “treated shabbily,” I can think of a few million Americans currently putting themselves in debt – from which they will never emerge – for the sake of their education who would very much relish the same treatment.