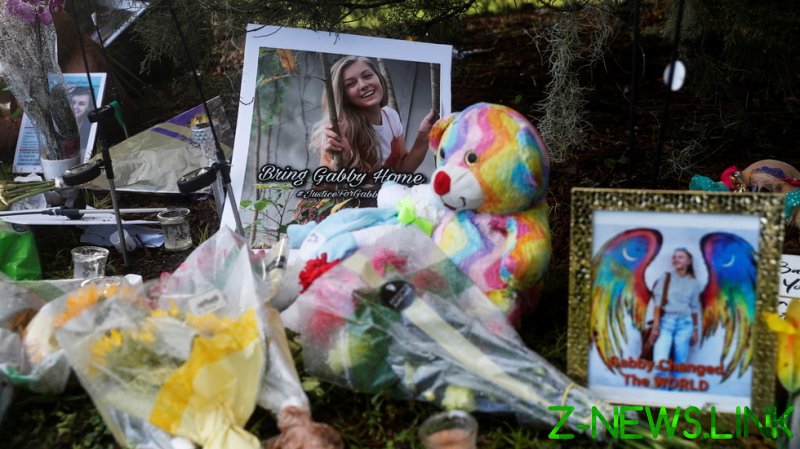 It was confirmed on Tuesday that a body found in the Wyoming woods on Sunday was in fact 22-year-old Gabby Petito. The death has been ruled a homicide by Teton County Coroner Dr. Brent Blue, though the exact cause of death has yet to be determined.

This grim news comes after Petito was first reported missing by her family on September 11. Ten days earlier, Petito’s fiance, Brian Laundrie, had returned from the couple’s cross-country trip without her, with no explanation as to where Petito could be. Laundrie, who is now missing, also initially refused to cooperate with police in the investigation of his missing fiancee, contributing to the story’s newsworthiness.

And although much of the world now grieves with Petito’s loved ones over her loss, for some commentators, the tale of Gabby Petito represents a different, more societal tragedy: that of white privilege.

The whiteness of Gabby Petito

Earlier this week, MSNBC’s Joy Reid began a segment on Gabby Petito by offering her sympathies to the family. “It goes without saying that no family should ever have to endure that kind of pain,” Reid explained. “And the Petito family certainly deserves answers and justice.”

However, it didn’t take long before the anchor turned critical of the case’s media prominence, adding, “But the way this story has captivated the nation has many wondering, why not the same media attention when people of color go missing?”

As Reid noted, “Well, the answer actually has a name: missing white woman syndrome. The term coined by the late and great Gwen Ifill to describe the media and public fascination with missing white women like Laci Peterson or Natalee Holloway, while ignoring cases involving missing people of color.”

And while many charged Reid with being callous, social media was full of users who supported the concept of ‘missing white woman syndrome’, asserting that had Gabby Petito not been white, her case would not have received the media coverage and resources that it has.

Is it always about race?

It’s doubtlessly true that the national focus on Gabby Petito’s case is not representative of the average missing person or homicide investigation. However, to attribute this solely to her race is not only needlessly divisive, it’s also simply inaccurate.

Gabby Petito may have been young, attractive, and yes, white, but the main reason why so many were originally interested in her story stems from the fact that she had a sizable social media presence before her disappearance. Not only was Petito active on Instagram, but she had even started a vlog channel with Laundrie, her fiance and suspect of her murder, documenting the very trip that would see her go missing. To this day, Petito’s first video with Laundrie remains up on the channel with over 4.4 million views, and her still active Instagram account now has more than one million followers.

There is nothing wrong with questioning media coverage, and probing the biases that might lead to one story getting more attention than another. However, the interest in Gabby Petito’s disappearance and now homicide speaks more to the effects of popularity and parasocial relationships than racial prejudice. Joy Reid’s dismissal of these factors, which are certainly deserving of criticism in their own right, screams of an attempt to cynically racialize a tragedy for political gain.

What’s also ironic about Reid’s criticism of the media’s Petito fascination is that, as a vocal supporter of the BLM movement, Reid herself is usually more than happy to promote certain stories over others for no other reason than the victim’s race.

For example, last year, Jacob Blake, a 29-year-old black man, was shot by police while trying to reach for a knife, and Joy Reid dedicated a generous amount of her time to raising awareness about his case, even though numerous white and hispanic men are similarly shot by police while resisting arrest without the accompanying national protests.

And conversely, it also appears that despite her plea for more focus on the murders or disappearances of women of color, Reid herself will choose to ignore stories with female victims should the perpetrators serve to counter Reid’s leftwing activism.

As the Daily Wire’s Matt Walsh noted, the horrific 2019 murder of Brittany Hill, 24, in broad daylight by Chicago gang members received no national attention, including from the likes of Reid. Could that be because her story, like so many of the stories ignored by the corporate press, would only serve to highlight the failures of so many Democrat-controlled inner-cities?

In the end, regardless of her social media following or her race, Gabby Petito was a daughter and friend who was taken from the world much, much too soon. And as the search for her fiance and the investigation into her murder continues, the pundits among us would do well to remember that the story should not be treated as an opportunity to push their ideological agendas.