Pyongyang is not ready for dialogue with Washington – the White house 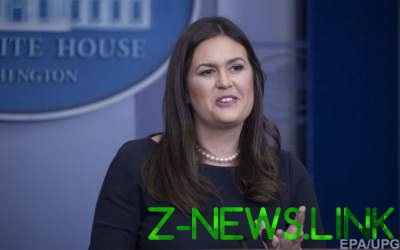 Previously, Donald trump said he will solve the DPRK nuclear issue “unlike their predecessors”.

A White house spokesman Sarah Sanders stated that now is not the time for dialogue between the US and the DPRK.

According to her, are not ready for dialogue, the North Korean authorities.

According to her, now the only subject for negotiations with Pyongyang may be the release of American citizens from imprisonment in North Korea.