Published rating of the most difficult languages in the world 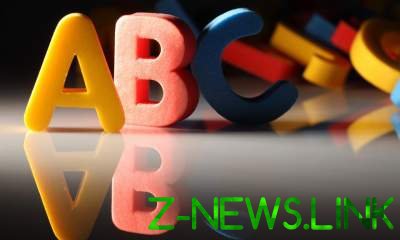 To learn a foreign language is a difficult task.

And some languages seem to be specially invented in order to no one would know what they are talking about the media.

Language is a symbolic system consisting of sounds, words and sentences. Sign system of each nation is unique in terms of its grammatical, morphological, phonetic and linguistic features. Simple languages do not exist, as each of them has its own difficulties, which are found in the course of the study. Some of the most difficult languages in the world, which consists of 10 systems of signs.

Chinese is the most spoken language in the world. It is spoken by over a billion people. And he probably could claim the title of world’s language, if not its complexity.

The first challenge is to learn the characters. In the Chinese language more than 85000. Although it is actually not so scary to read the Newspapers enough “only” 3000. Drawing these characters is a separate art, which is not so easy to master. Without half a litre of Chinese tea you will not understand. Another trick in the pronunciation. The Chinese there are four tones that affect the meaning of words. Pronounce Chinese words with the Ukrainian intonation – and no one will understand. The impression is that to learn this language can only creative people with an aptitude for music and drawing.

An interesting feature of the Chinese language in that there is very little phonetic borrowing. That is, to the Chinese prefer to look for analogues in your language. So, the electricity is translated as “lightning”, computer – “lightning+brain” notebook, “notebook+zipper+brain”. So here is a Chinese puzzle.

Almost a quarter of the total population of the Philippines speak that Austronesian dialect. Tagalog is extremely difficult to study and remains an unattainable peak for most people in the world.

This North Germanic language is the national language of Norway. Norwegian, together with Swedish and Danish are mutually intelligible with other Scandinavian languages such as Icelandic and Faroese.

The Persian language belongs to the Indo-Iranian branch of Indo-European languages. It is distributed in Afghanistan, Iran and Tajikistan. This language is a distant descendant of the dialect of the Sassanids, and native speakers of Persian are 110 million people around the world.

For centuries, Indonesian was the lingua Franca of the Indonesian archipelago. He is considered one of the most spoken languages in the world because Indonesia is the fourth most populated country in the world.

Dutch belongs to the group of West Germanic languages, common in the Netherlands, Belgium and Suriname. Currently, the Dutch has official status in Aruba, Sint-Maarten and curaçao.

This language is one of the 24 official and working languages of the European Union, but in reality speak only residents of Slovenia. It differs significantly from all the languages of Romano-Germanic group and is unlikely to get further distribution.

Afrikaans saying came from Namibia and South Africa, a small group of speakers are also found in Zimbabwe and Botswana. This language is an offshoot of the various Dutch dialects, transformed under the influence of African dialects.

Korean is the official language of North and South Korea, spoken by over 80 million people worldwide. But to learn Korean Western man will be the task almost impossible as the logic of language is maximally different from the logic of the European dialects.

This language is one of the most challenging in the world. Japan has long been an isolated country, whose culture has evolved without the influence of Western civilizations. But Japanese is closely connected with the Chinese language and burdened with additional rules, to understand which thoroughly can only be a carrier.