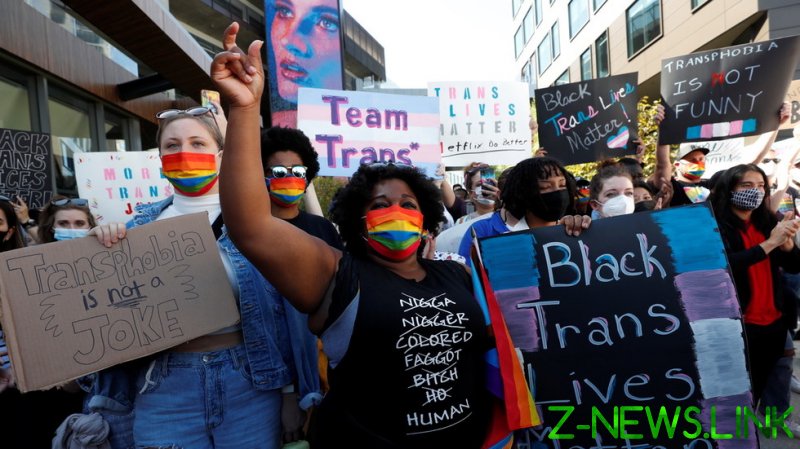 “I hear your feelings got hurt by Dave Chappelle,” McGowan tweeted, in a mocking message to Netflix employees and supporters who participated in Wednesday’s walkout demonstration, adding: “P**s off you brats.”

Ahead of the protest, organizers called on Netflix to “do better” and claimed that Chappelle’s special, titled ‘The Closer’, “harms the Trans community.”

During the special, which has received mixed reviews from critics but praise from its audience, the comedian makes several jokes against ‘woke’ movements in the US and at one point says gender is a “fact.” Chappelle, however, never says he does not believe in transgenderism.

Netflix has thus far defended the special and refused to take it down or present it with a trigger warning, as some critics have called on the company to do. CEO Ted Sarandos did say ahead of this week’s protest that he “screwed up” internal communications about the special ahead of its release.

McGowan, however, says concerns about equal rights are not at the heart of the Chappelle controversy, but rather “fake activism” and “obnoxious self importance.”

“Do any of you twerps know your paycheck comes from the deeply corrupt? Your bosses are DOJ/CIA stooges in on smearing Assange in a fake documentary meant to misinform,” she wrote, apparently referencing a controversial new Alex Gibney-directed documentary on WikiLeaks.

McGowan is far from the first to question the motives of the protesters, as the demonstration – which included dozens of Netflix employees and also Chappelle supporters there in counter-protest – devolved into verbal and physical clashes that left many watching scratching their heads.

Organizer and activist Ashlee Marie Preston at one point said they were there to speak to Chappelle’s “master” and claimed later that the black comedian can be an “oppressor,” despite also being “oppressed” because of his race.

At another point during the day’s events, one counter-protester holding a sign reading ‘I Like Dave’ saw his sign destroyed by a Chappelle protester, only to have the crowd then push him back and claim he was carrying a weapon as he held the remnants of his destroyed sign.

The partisan nature of the Chappelle debate led McGowan’s message to receive a mixed response on social media, with some blasting the actress’ form of blunt activism, while others celebrated her for breaking from the typical Hollywood political mold.

Despite there being calls for his special to be removed from Netflix’s platform, Chappelle has not seen a major wave of Hollywood support in the wake of controversy. In fact, some fellow artists have joined in opposition calls, including actress Alyssa Milano and fellow comedian Wanda Sykes.

Chappelle appears relatively unaffected by the controversy. He’s continued touring the country, many of his shows also featuring podcaster and comedian Joe Rogan, himself no stranger to opposition from corporate media and liberal activists.

Rogan has defended his colleague, saying there he is “not a homophobic or transphobic person.”

“It’s fun, it’s just making jokes, that doesn’t mean hate. This is the problem with today. If you don’t have an enemy, you make an enemy,” he said this week on his podcast.