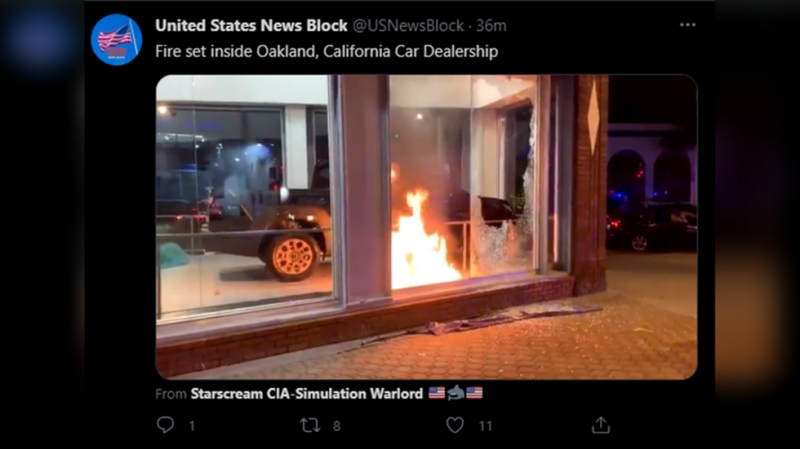 Hundreds of protesters took to Oakland’s streets on Friday night following the killings of two black people at the hands of the police, 13-year-old Adam Toledo in Chicago and 20-year-old Daunte Wright near Minneapolis, local media reported.

Some local businesses had boarded up their windows as a precautionary measure. The city saw riots and looting last year following the police killing of George Floyd in Minneapolis.

Their fears were soon validated. Black-clad demonstrators were spotted smashing the windows of a Target. Local media reported that “several” other businesses were also damaged.

There were also numerous reports of arson. Videos posted to social media purportedly show fires started by the demonstrators. One blaze was lit inside a car dealership. A car parked outside was also targeted, with flames coming out of its broken windows. A large fire was also ignited outside the city’s California Bank and Trust building. A local ABC affiliate insisted however that the “majority” of protesters were peaceful.

Police in riot gear responded to the unrest as they cleared the streets and ordered demonstrators to disperse. It’s unclear if there have been any arrests.

The chaos coincided with similar protests that occurred in Portland, Oregon, Seattle, Washington as well as Brooklyn Center, Minnesota, the Minneapolis suburb where Wright was killed.