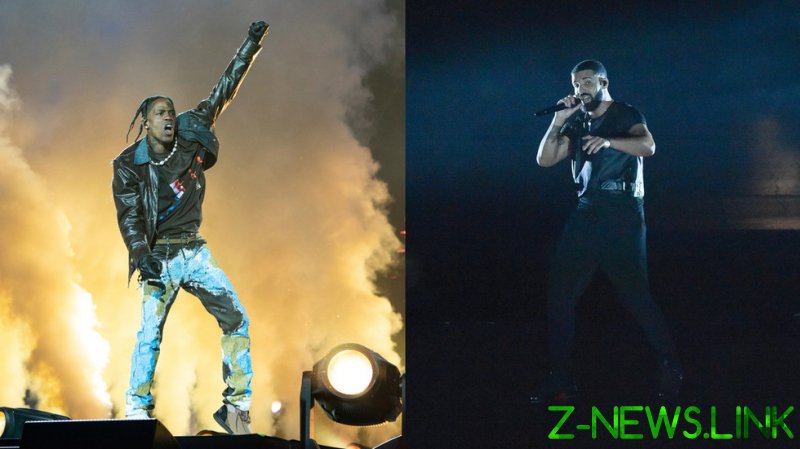 23-year-old festival attendee Kristian Paredes filed a lawsuit this weekend accusing Scott and guest star Drake of stirring up the crowd and sparking the deadly chaos. Parades is seeking over $1 million in damages.

Drake “came on stage alongside Travis Scott and helped incite the crowd,” the lawsuit claimed, and the two rappers continued to perform even “as the crowd became out of control” and “mayhem” ensued.

“The crowd became chaotic and a stampede began leaving eight dead and dozens including Kristian Paredes severely injured,” the lawsuit continued, alleging that many attendees “begged security guards hired by Live Nation Entertainment for help, but were ignored.”

Parades’ attorney, Thomas J. Henry, accused the two rappers of not only being “aware of the hectic crowd but also that injuries and potential deaths may have occurred.”

Still, they decided to put profits over their attendees and allowed the deadly show to go on,” he claimed, calling the festival a night of “fear, injury and death

Parades faults not only the rappers themselves, but everybody who was linked to the organization of the event, suggesting that the deaths were the result of “negligence, carelessness and recklessness.”

Another attendee, Manuel Souza, is also suing Scott and the organizers of the festival. In his lawsuit, Souza called the incident a “predictable and preventable tragedy” which took place due to “a motivation for profit at the expense of concertgoers’ health and safety.”

Souza’s attorney Steve Kherkher accused Scott and the organizers of having “consciously ignored the extreme risks of harm to concertgoers,” and said that in some cases they even “actively encouraged and fomented dangerous behaviors.”

Attorney Ben Crump – who is most known in the US for his work on civil rights cases, including the deaths of George Floyd, Trayvon Martin, and Michael Brown – also announced on Sunday that he was representing victims of the “tragic and preventable event.”

In a statement, Crump said, “We are hearing horrific accounts of the terror and helplessness people experienced – the horror of a crushing crowd and the awful trauma of watching people die while trying unsuccessfully to save them.”

Crump called on other attendees of the festival who were harmed to contact his law firm.

Scott’s partner Kylie Jenner claimed on Sunday that they had been unaware of any deaths at the festival “until the news came out after the show.” However, videos of the festival showed attendees unsuccessfully pleading with staff to do something as the chaos increased. One video showed Scott dancing as police and medical officials tried to resuscitate a concertgoer directly below.