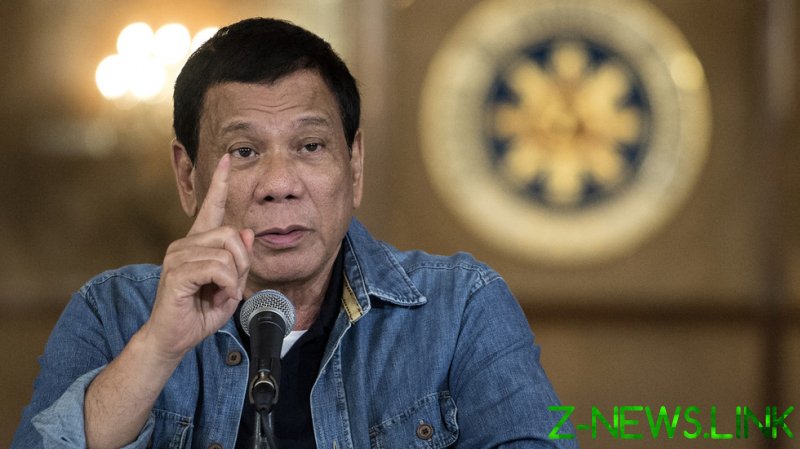 The ICC gave its prosecutor the green light on Wednesday to investigate allegations of crimes committed in the Philippines between 2011 and 2019 as part of Duterte’s war on drugs. According to a statement from the international body, the court’s probe is justified due to concerns about extrajudicial killings in the country between July 2017 and March 2019.

Responding to the investigation, Duterte was clear that his administration “will not cooperate” with any probe as “the Philippines has left the Rome statute, so the ICC no longer has jurisdiction over the country,” according to the chief presidential legal counsel Salvador Panelo.

Speaking on local Philippines radio station DZBB, Panelo said “the government will not let in any ICC member to collect information and evidence here in the Philippines,” adding that any officials seeking to enter the country will “be barred.”

Despite the Duterte administration’s claim the country has exited the ICC agreement, the international body argues that it still has jurisdiction to investigate alleged crimes that took place while the Southeast Asian nation was a member of the court.

Following the launch of the ICC’s probe, Edre Olalia, the president of the National Union of Peoples’ Lawyers, praised the move as “the beginning of the end to impunity.” Similarly, Philippines rights group Karapatan declared that “Duterte and his cohorts should be made accountable for these crimes.”

After his election in 2016, Duterte launched a war on drugs, promising to rid the country of illegal narcotics by ordering the national police service to kill any drug suspects if they believe officers are in danger.

Since July 2016, at least 6,181 individuals have been killed by authorities during more than 200,000 anti-drug operations, according to data released by the Philippines government. The ICC has suggested the actual figure is between 12,000 and 30,000.