Home / business / Prepare your money: Parking in courtyards in Moscow can cost from 35 thousand

Prepare your money: Parking in courtyards in Moscow can cost from 35 thousand 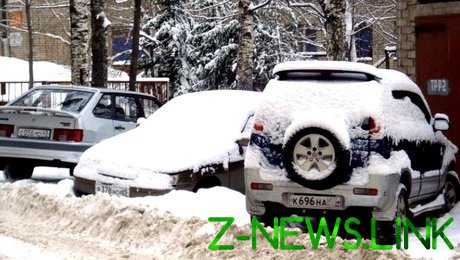 It’s finally happened: there was the first paid Parking in Moscow courtyards.

“Today, I, frankly, directly, and even rudely, went nuts and precipitate., the author writes channel Tribolt. – Because I realized that for Parking in the yard of a private house to the address: Moscow, street Amur, 56, will have to pay – don’t fall, gentlemen, comrades – 35 000 roubles a year!”

The Moscow government has compiled a list, which included 82 homes included in the pilot project on the elimination of free Parking in apartment buildings.

There is no doubt that the more this practice will cover all Moscow yards, and then it will reach a paidentry into the capital. And this despite the fact that the city authorities have repeatedly stated that the Parking in the yards will never be paid.

Another robbery of car owners in the press release of the Department of municipal property of Moscow called “working to provide the residents of Moscow places of storage of individual vehicles (Parking lots) owned by right of ownership to the city of Moscow”.

The blogger claims that the reason for this decision was the lack of protests of Muscovites on the increase in the cost of Parking in the city centre to 380 RUB/hour. And now it was the turn of the full abolition of free Parking.

From now on, Parking in yards:

within the Boulevard ring will have to pay 95 thousand.

between the Boulevard and Garden – 78 thousand rubles;

between the Garden and the TTC – 53 thousand rubles;

between TTK and MKAD – 35 thousand.

In addition, it remains unknown how it will be allocated space for Parking in the yards, and what will the people for whom such rent is not expensive. Full list of “happy” homes.