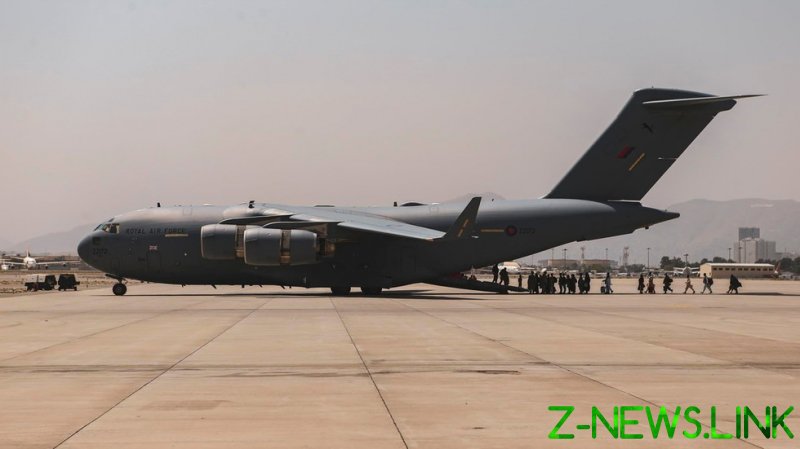 While it is normal for academics, policy wonks, scholars, ambassadors, bureaucrats, and various NGOs and think tanks to predict that there will be impending disaster if the US or the EU is not more involved in “stabilizing” the area once known as Yugoslavia, they have adopted an increasingly desperate tone of late.

“People of the Western Balkans deserve American leadership,” is how Ric Grenell, former US envoy to the Kosovo-Serbia talks put it on Thursday.

The West must “act on Bosnia’s existential threat,” warned Foreign Policy magazine last week, even bringing up the phantom menace of “malign Russian influence.” Just a day later, the National Interest argued that “US authority in the region has flatlined” and must be “restored,” by salvaging Kosovo, “the only successful US-led nation-building project of the last thirty years.”

That’s a bit of a tenuous claim, frankly. The province of Serbia occupied by NATO after the evil little war of 1999 declared independence in 2008 with US support, but its recognition stalled about halfway through. Kosovo is not a UN member. It’s not recognized by Serbia, Russia, or China. And it remains a dependency of the West in most respects.

Things are hardly better in Bosnia, which Washington actually used to assert its post-Cold War global order. The US first interfered in power-sharing talks between the Yugoslav republic’s three ethnic communities, then used NATO to sideline the UN and make it so that “those who chafed at the reassertion of American power conceded, at least implicitly, its necessity,” in the words of US diplomat Richard Holbrooke.

The Dayton Accords that Holbrooke brokered ended the war, partitioning Bosnia between the Serb Republic and the Muslim-Croat Federation (itself divided into 10 provinces). While the arrangement has held for almost 26 years now, the insistence of Western-appointed “high representatives” on pushing for greater centralization is threatening to unravel it.

Last month, the Bosnian Serbs announced they would “withdraw consent” from all the joint institutions not explicitly named in the Dayton constitution, complaining of a long train of abuses by Western overseers and the Muslim majority in Sarajevo. Right on cue, the US and EU governments, NGOs, media, and activists denounced the Serb Republic leadership as disturbing the peace, while Washington even threatened sanctions.

Some Bosnian Muslim politicians actually threatened war, with social networks lighting up with declarations that “it’s time” to fight again. In mid-October, the Bosnian Muslim, Albanian, and Montenegrin groups in the US sent a letter to Congress, the State Department, and the White House demanding action against “Serbian aggression.”

Then, on November 3, the UN Security Council merely extended the mandate of the EU’s token peacekeeping force for another 12 months. The final statement included the concerns of the EU, Croatia, Serbia, and the Bosnian Muslims, but also the Russian position that the new “high representative,” former German agriculture minister Christian Schmidt, had not been legally appointed and his report amounted to an “extremely biased and anti-Serb document aimed at destroying the glimmer of peace and cooperation among people in Bosnia.”

“Unfortunately, nobody in Sarajevo wants war,” lamented activist Reuf Bajrovic – who lives in the US – for a Bosnian TV station.

Behind both the publicly stated eagerness for a new war, and the palpable disappointment that the West was unwilling to underwrite it, were the events of late August, when the US pulled out of Afghanistan after 20 years and untold billions of dollars worth of “nation-building.”

Catching the Americans completely by surprise, the Afghan government simply imploded without much of a fight. The Taliban took over as the US was still preparing for a withdrawal, leaving not just American troops and diplomats but also the Afghans who had worked for them frantically scrambling for the exits.

Though President Joe Biden later declared the two-week airlift an “extraordinary success,” the entire planet was able to see the harrowing videos of desperate Afghans clinging to the wheels of US cargo planes leaving Kabul. Those images now haunt the dreams of Balkan politicians, bureaucrats, NGO activists, and other beneficiaries of the 1990s experiment in American imperialism, who have suddenly become aware that it won’t last forever.