Home / policy / Poroshenko told about the laws on Donbass

Poroshenko told about the laws on Donbass 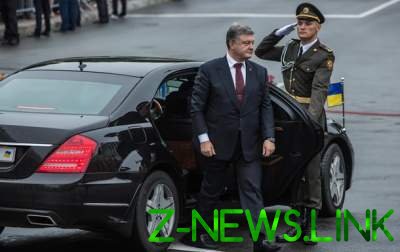 The President believes that the stronger arguments for the provision of defensive weapons.

President Petro Poroshenko believes that the bill on the reintegration of Donbass strengthens the argument for granting Ukraine defensive weapons. About it it is spoken in his statement published on the official website of the President.

“The law on de-occupation, the law on the return of Ukrainian sovereignty in the Donbass leads the legal framework in line with the real situation. The legislation proclaimed the territory temporarily occupied by the Russian occupation forces. Russia Ukraine qualifies as a country-aggressor,” he said.

The President stressed that Ukraine thus legitimizes the right to self-defence.

“We fix the right to self-defence under article 51 of the Charter of the United Nations. This further strengthens the legal basis for the use of the Armed forces, expanding their capabilities in the region. This strengthens the arguments in favor of granting Ukraine defensive weapons,” – said the head of state.

Poroshenko also commented on the extension of the law on self-government in the occupied territories.

“Only what horrors do not scare three years ago when it was first adopted. And none of the negative Outlook for these three years did not materialize.

The possibility of implementation of the law strictly due to a number of requirements to Russia as the aggressor and occupier and its puppet regimes,” the President said.

According to the guarantor, we are talking about the withdrawal of Russian troops, illegal armed groups, the withdrawal of military equipment from the territory of Ukraine, and the norm of compliance political processes with OSCE standards.