Home / policy / Poroshenko met with the ambassadors of USA, France and Germany

Poroshenko met with the ambassadors of USA, France and Germany 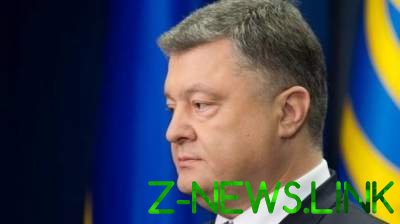 The President discussed laws on Donbass

President Petro Poroshenko has held a meeting on Thursday with U.S. Ambassador Marie L. Yovanovitch, of Germany, Ernst Reichel and France Isabel Domostroitel bills about Donbas. This was stated by Secretary of national security Council and defense Oleksandr Turchynov.

“As far as I know, the President now meets with the ambassadors of the leading countries, particularly the United States, Germany, France, that is, those who actively supported Ukraine in opposing Russia’s military aggression”, – he said.

Turchinov added that he does not know the details of the negotiations, however, according to him, the countries-partners of Ukraine “shocked” by the events in Parliament on Thursday and “I don’t understand what is happening.”

We will remind, on 4 October the President of Ukraine Petro Poroshenko introduced in Parliament two draft laws: on the special status and reintegration of Donbass. Also, the President of Ukraine Petro Poroshenko at the meeting of the BPP asked deputies to support the draft law on the Donbass.
In addition, some factions of the Parliament have already decided their position on voting for the bills. As proposed of the President, the special status of Donbass it is proposed to renew for a year.

The head of the CEC of Belarus Lidia Yermoshina, called on the losing presidential candidates …