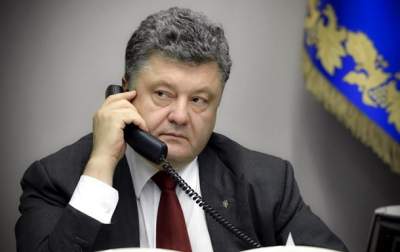 The two leaders discussed the issue of prisoners and the implementation of the Russian Federation of the provisions of the Minsk agreements.

The President of Ukraine Petro Poroshenko has held a phone conversation with his Russian counterpart Vladimir Putin. This was reported by the press service of the Ukrainian President on Thursday, June 21.

“The President called for release Ukrainian prisoners held in Russian prisons and in the occupied territories. He also noted the importance of the tolerance of the Commissioner for human rights Lyudmila Denisova Oleg Sentsov and other prisoners of Ukrainians”, – stated in the message.

In addition, Poroshenko stressed the need for the implementation of the Russian Federation of the provisions of the Minsk agreements relating to security issues.

“It was also noted the importance of intensifying work in the Normandy format for approval of concept deployments in the occupied part of the Donbass international peacekeeping mission of the UN as an important instrument of implementation of Minsk,” – said the press service.