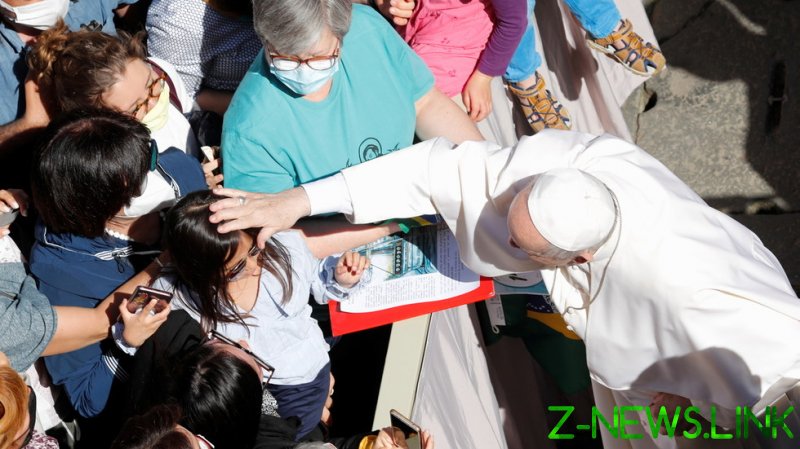 The updated Book VI of the Code of Canon Law was unveiled by the Vatican on Tuesday. The new text is the result of over a decade of work to revise the code, launched back under Pope Benedict XVI.

Announcing the revision, Pope Francis said the changes were performed to provide the Church with a more “agile salvific and corrective tool” needed to “avoid more serious evils and to soothe the wounds caused by human weakness.” Another aim of the revisions was to “reduce the number of cases in which the imposition of a penalty was left to the discretion of authorities,” the pontiff added.

The revised Book VI contains nearly 90 canons, which is some 30 articles more compared to its previous revision. The new variant is also significantly less vague than its predecessor, as it explicitly names the offenses and punishments for them.

Namely, the code contains an entirely new section titled ‘Offences against human life, dignity and liberty’. Among other things, the section describes offenses “against the sixth commandment” – i.e. adultery – “with a minor or with a person who habitually has an imperfect use of reason.” A cleric found guilty of such behavior “is to be punished with deprivation of office and with other just penalties,” including permanent dismissal from the clerical state.

A similar fate awaits priests found guilty of “grooming or inducing” minors to expose themselves “pornographically,” as well as simply “immorally” acquiring, stashing and distributing pornographic imagery of minors “by whatever technology.”

Apart from addressing the sex abuse issues that have been plaguing the Catholic Church for decades already, the revised code touches upon some other hot topics, related to women’s rights – namely, abortion and allowing women to be ordained.

The Vatican’s stance on both of the women-related issues remains unchanged and quite conservative, the revised Book VI shows. Namely, a “person who actually procures an abortion” automatically becomes the target for excommunication.

Similarly, “both a person who attempts to confer a sacred order on a woman, and the woman who attempts to receive the sacred order” face excommunication, with the cleric also risking permanent expulsion from the priests’ ranks. Earlier this year, the Pope formally allowed women to read mass, yet he reaffirmed that ordained ministries, such as the priesthood, remain reserved for men only.