Who has not read a cautionary tale of A. S. Pushkin: “the Tale of the fisherman and the fish” in which a foolish, arrogant woman wished for the impossible — to become the ruler of the sea. But in return she lost everything she was given before, and she was left to live life in a simple mud hut with nothing.

And it’s only needed to step on the honor and dignity of a small goldfish. It just seems to me that this tale is not about her, and swaggering about the Polish elite, which is on another ridge decided to go to heaven. So to speak, from rags to riches. However…

About Poland you can talk for a long time. But do not want to because of some disgust. Strange state was formed in Central Europe at the turn of the second Millennium. From other of his distinguished ostentatious belligerence, excessive ambition and the desire to live solely for others.

Relations with neighbors from Poland went wrong. More precisely, not developed at all, because of the extreme instability of their own government, in which kings were not hereditary,and received the crown and from the hands of the gentry and magnates. That is to say, not having strong support from the oldest dynasties of Europe, on the throne won’t stay. Sometimes, the government itself went into the hands of foreigners. Anything can happen…

The magnates and nobles, which directly depended on the crown the next Challenger, released a grateful applicant from all duties except military service, of course, and a small tax on land (two a penny over the LAN, i.e. somewhere around 18 hectares of land), and because the nobility rightly proud of their own status privileges and almost never paid.

Poland never showed special love neither to Russia, nor to the Russian Empire or the former USSR, and in General, to any other country in Europe. Arrogant Polish nobility in life considered themselves to be exceptional, God’s chosen. And were his reasons.

Digging into the history of the Polish state, we are surprised to find out that of those who were awarded a noble title for military service and for bravery in battle, plots of land no one had. And because they even two pennies were not required to pay taxes.

The Braves were interrupted by what God sends, and did not complain. Being commoners by birth, but a proud soul, the latter-day aristocrats have always clearly distanced themselves from the serfs (cattle).

They should have been called wandering knights who, as usual, hunted war. Wealth warrior was considered not full scrip, and dignity and honor. By the way, the rights and liberties of the hungry chivalry was still more than the commoners.

That to landed aristocracy, that it was responsible for the integrity of the borders of the Polish state. In times of war each gentry volunteered to fight in the noble militia and showed desperate courage. So to war to nobility was commonplace and quite profitable.

Nobles with land holdings and ancestral coats of arms in the country were few. And they appeared later. But ambition landowners were so many that they are trampled under all state institutions, including the peasant self-government, and urban freemen, expropriated from the latter the right to own land, under the pretext of non-participation in wars.

The people were not spared. The tax burden of hereditary nobility on commoners was such force that the opportunities in cities to develop the industry was no. And gradually it fell into disrepair. The revival has come, but how long had to wait for it! It coincided with the reign of Russia’s Catherine II.

The geographical position of Poland was not always in her favor. Sandwiched between two great powers — Prussia and Russia — Poland, the instability, only in the XVIII century was three times subjected to division. And, for the second time on its own initiative, agreeing with the Russian Empress Catherine II of intervention. But this section was, alas, not the last.

The end of the century as a result of another division of Poland between Austria, Prussia and Russia, Poland as a state deprived of territories and borders and absorbed the countries in question, de facto, ceased to exist.

After the fall of the Polish-Lithuanian Commonwealth the Polish lands briefly become the Warsaw Duchy, and later (after the victory over Napoleon), the Kingdom of Poland and became part of the Russian Empire together with the local aristocrats. Aristocrats were not considered, and feed them to the Russian Tsar had no chance. Alexander I had to adopt laws requiring documentary proof of ancestry of each applicant. Not everyone however was able to confirm their ancestry, and most of the nobility was transferred to the class of commoners. Offended was a lot. Half a century has passed, but the offense alive.

For independence of Poland in politics, better to keep quiet. The sovereignty of Poland had never. More and more groveled before those who are stronger and I gathered those who are weaker. Common. So in the grip of turmoil and envy evolved the Polish national character: arrogant, cowardly and greedy.

After the First world war, the results of which Poland repeatedly cut and re-shaping, to talk about some of the native Polish territories would be ridiculous. Poland has always existed is not historical, and in provisional borders, even it is not certain. Dangling like a flower in the hole, when the borders shifted in one direction or another.

As for the Second world war, at the time of its inception, even Poland was not necessary to anybody: neither Hitler nor Stalin stood like a stump in the path between the two largest armies in Europe.

With the beginning of the aggression of Nazi Germany, the Polish government has cowardly fled to Romania, then to Britain, where he happily stayed until the end of the war. And the country had to go under Hitler — hardly survived, then under Stalin, which, not being a military ally of the Soviet Union, the results of the second world war, unexpectedly got huge preference and territory. But once the Soviet Union ordered to live long, Poland was immediately turned 180 degrees and began to feed from the European table. Anyway, only Poland and were built and maintained solely at the expense of others. Always.

But everything comes to an end, including, and donors with money. When blew an unpleasant chill with the EU and began to dry deep financial flows, the Polish elite, with determination and dignity over the ocean. In dreams…

Elita remembered old grudges, and flew the belated accusations against both winners and losers. The Polish brethren felt himself slighted, humiliated. She for a moment thought the war damage, and personal contribution to the common victory over fascism was priced too cheaply. Especially offensive was the historic injustice committed supposedly in the payment of reparations by Germany. On the initiative of Stalin abolished it altogether.

The size of lost profits, the poles themselves do not know. But appetites are growing with fabulous rapidity. According to the latest claims has exceeded one trillion dollars. That in favor of Poland moved away about 25 percent of the territories of Germany in borders of 1937, the poles prefer to keep quiet. And in vain.

East Germany after the Victory Parade was in desperate need of money — in any case, not less than in Poland. Germany had to rebuild and strengthen again in the military. Stalin understood the inevitability of this step, and Poland had to accept in the face of the leader of the Soviet Union. In 1953 an agreement was signed on the refusal of reparations from Poland in favor of Germany, which a year later entered into force.

It is clear that modern Poland to recall this hurt. Would be more profitable to reckon with Germany once again, as with Russia to settle failed. And then there’s a black cat ran between the state Department and the German Bundestag. Well, how not to take a chance!

Already completed an extensive program of financial investments of the EU in Poland’s economy, and we must begin to repay their debts. If not in time, but…

Already trump has changed his rhetoric and is talking with Europe harder. According to American, the EU must continue financial support of the offended God of Poland. Why would it?..

Sensitively capturing a powerful message, always hungry Polish elite had a ball, completely forgetting about who was her donor in recent years, and to whom it generally owes its entry into the EU. You’ll laugh, but Poland suddenly remembered Germany the arrears of the 50-ies of the last century, the example of the Ukrainian Naftogaz, wail in the open, on the restoration of historical justice to her Polish understanding.

Elite was not only ungrateful, but not to the extent voracious. She is ready to give the United States and their own sovereignty and their own people, and own land. Without a fight, under a military base, as a springboard for attacks on Russia. Ready again to be perhaps not the first victim of a new world war. To do this, it even to win is not necessary. She has matured and fell. By tradition, the Polish elite itself will open doors for American hawks, knowing that, if anything, the Polish nation will be doomed first, if not the only one.

The impression is that the national dream of the Polish elite to pass among Europeans newly arrived whore (great and terrible), not realizing how stupid and ignorant this new role.

It will take a few years, and will begin over the Polish land full of despair Polonaise “Farewell to homeland” by composer Oginski. Just listen to him there will be nobody. The tragedy of Warsaw and the Polish people twice not to worry. 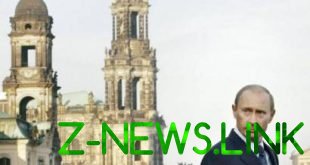