Poll shows how many Americans want US to fight Russia 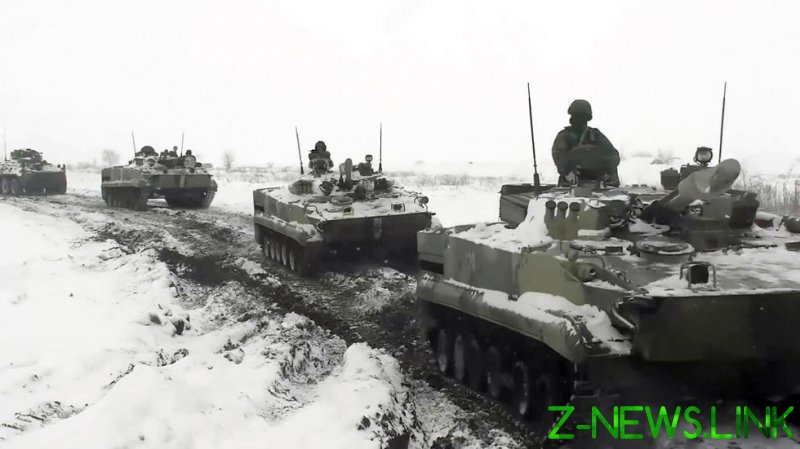 Americans may know little about Ukraine and even less about its leadership, but one thing is certain: they strongly oppose sending US soldiers to fight Russians in defense of Kiev’s sovereignty, a new poll has revealed.

The Economist/YouGov survey showed that only 13% of US adults believe it would be a “good idea” to deploy troops to fight Russians in Ukraine. In fact, support for a combat mission on Moscow’s doorstep is so low that more Americans (17%) favor withdrawing from NATO than tangling with Russia’s military. The poll found that 55% of Americans believe sending combat troops to Ukraine would be a “bad idea,” while 33% are unsure.

The findings on public opinion come as the US and its NATO allies vow to impose severe sanctions against Moscow – but not to deploy troops – if Russia invades Ukraine. President Joe Biden’s top security advisor, Jake Sullivan, reiterated on Sunday that Russia is positioned to launch an attack on Ukraine at any moment.

“We have seen over the course of the past 10 days a dramatic acceleration in the buildup of Russian forces and the disposition of those forces in such a way that they could launch a military action essentially at any time,” Sullivan said in a CBS News interview.

Russia has denied having any intention of invading Ukraine and blamed the US and other NATO members for escalating tensions in Eastern Europe. Moscow last December sent security proposals to Washington – among them, barring Ukraine from joining NATO – but US Secretary of State Antony Blinken insisted that the alliance will keep its doors open to prospective new members.

The Economist/YouGov poll showed that one in four Americans don’t even know whether Ukraine is an ally or an enemy of the US. Less than half of respondents were able to offer an opinion of Ukrainian President Volodymyr Zelensky. Those who did offer a view of Zelensky were about evenly divided between favorable and unfavorable. Just 43% of poll participants said Ukraine should be allowed to join NATO, while 42% were undecided.

Similarly, only 38% of Americans favor sending weapons to Ukraine – versus 31% who oppose the policy and 31% who are undecided – and 42% agree with providing financial aid. Four in 10 respondents said it’s a good idea to deploy troops to NATO countries in Eastern Europe, but that support is driven mostly by Democrats, the poll showed.