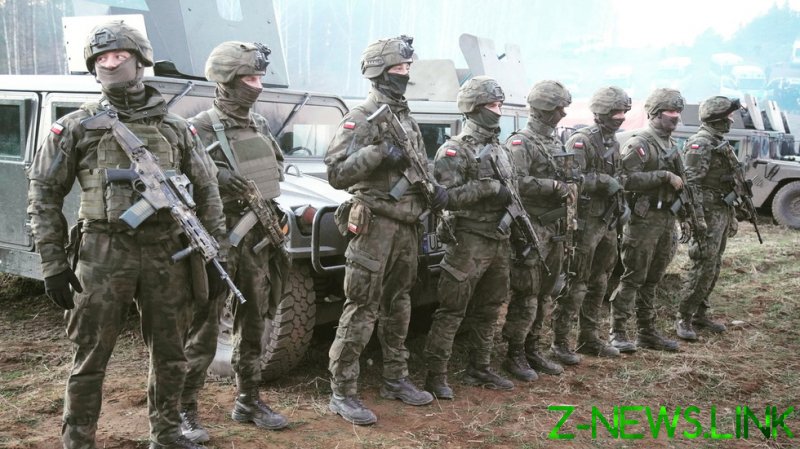 A message unveiling the move published on the bank’s website on Monday explained that its chairman Professor Adam Glapinski had “decided to issue a collectible coin and banknote dedicated to the protection of the Polish eastern border in an accelerated and emergency basis.”

According to the notice, Warsaw’s bank has the exclusive right to issue currency in the country, and all banknotes, including collectors’, are considered legal tender.

Issuing collector items as financial tender is often viewed as an opportunity to mark important historical anniversaries and figures, the notice goes on, as well as to develop an interest in Polish culture, science, and tradition.

The decision to produce the form of legal tender comes as thousands of would-be asylum seekers, mostly from troubled nations in the Middle East, such as Iraq, Iran, and Syria, are attempting to cross into the EU from neighboring Belarus. This year, Polish border guards have reported more than 33,000 attempts by desperate people trying to breach the demarcation line.

Polish Prime Minister Mateusz Morawiecki has accused Minsk, as well as Moscow, of being behind the influx of migrants on its eastern border. Morawiecki said last week that they had been deployed as “human shields” in order to “destabilize the situation in Poland, the Baltic states and the European Union.”

Poland’s reaction to the humanitarian crisis on its borders has faced condemnation from a number of international bodies. The UN’s high commissioner for refugees, Filippo Grandi, slammed Warsaw’s handling of the situation, in which several people are said to have died due to plummeting temperatures, claiming it does not “justify the knee-jerk reaction we have seen in some places – the irresponsible xenophobic discourse, the walls and barbed wire, the violent push-backs that include the beating of refugees and migrants.”

The rise in illegal migration, which began unfolding earlier this year when Minsk announced it would no longer intervene and stop asylum seekers from reaching the frontier with the EU, has resulted in Poland declaring a state of emergency and beefing up its troop presence in affected areas.

Brussels accuses Belarus of engaging in “hybrid warfare” by laying on flights from unstable nations and encouraging people to come to the border, as well as refusing to allow them to turn back. Minsk, however, says the EU only has itself to blame after decades of Western intervention in the Middle East.