Plague in Madagascar: 124 people died, more than a thousand infected 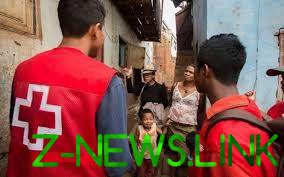 Two-thirds of the infected are a deadly form of the disease.

An outbreak of plague in Madagascar has claimed the lives of 124 people.

It is noted that the government of Madagascar is extremely concerned at the large number of killed 124 people, and infected with the plague 1192 persons, from them two-thirds infected with a deadly form of the disease – pneumonic plague.

See also:  Saakashvili with a group of people took over the premises Committee.

Last week, according to the report of the world health organization, the number of victims amounted to 94 people.

See also: off the coast of Nigeria, pirates captured a Ukrainian

The Ministry of foreign Affairs of Ukraine recommends Ukrainians to refrain from trips to Madagascar an outbreak of plague.