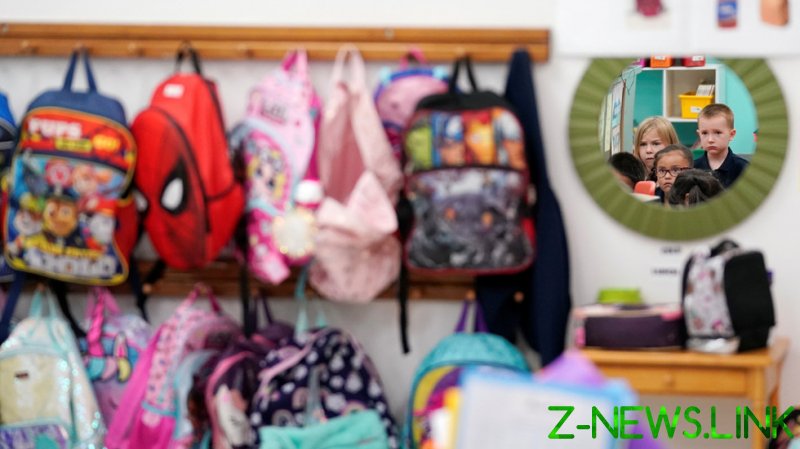 The photo at the heart of the controversy surfaced online earlier this week, a screenshot taken from a live feed at a Kids R Kids location in Roswell, Georgia, set up to allow parents to check in on their little ones remotely throughout the day. The image shows a group of kids seated at tables, but only the white children appear to have been served lunch.

“They were skipping all of the black kids it seemed like,” father Adryan McCauley, who first shared the photo online and helped it to go viral, told a local CBS affiliate.

It didn’t take long before the Kids R Kids corporate office waded into the issue, saying the photo is “disturbing and not in accordance with the inclusive culture that we promote” while adding that, after a review, the company had “decided to terminate the franchisee’s Kids R Kids contract and branding… leaving them to operate independently.”

However, in comments to local media, the company’s CEO and president David Vinson indicated that the scandal was overblown, but that public outrage and “cancel culture” simply forced his hand.

“I wish that everybody would be able to see the video in entirety first and not just a snapshot,” Vinson said.

More than one parent claiming to have sent their kids to the same daycare also weighed in with similar skepticism.

“As a mom of a child that attends this school, I am very saddened by the comments posted [online],” one commenter said, adding “The staff at this school is diverse. The assistant director is black. My son’s teachers have been primarily black.”