Home / policy / Pension reform becomes a bomb for the economy

Pension reform becomes a bomb for the economy 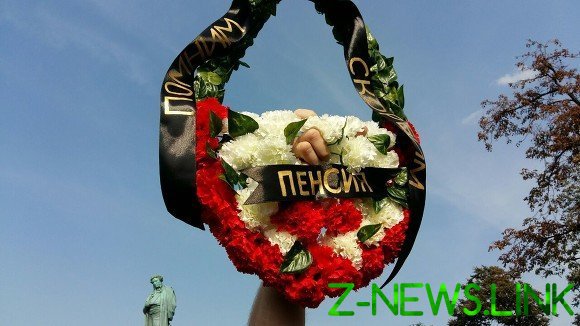 All of you really lucky.

Price war, which may mark the end of the oil era in the history of mankind, the global recession, global pandemic and the constitutional revolution in Russia. All at once! This is a special offer, exclusive package, believe me.

Descendants will is not something to envy, but the hard stare into the unknown, trying to imagine how you lived here, walked the streets and drank wine in this fateful time.

Today brought big news. Price war will never end in the second half of March, that there was hope. Today, Russian oil companies announced that the war is strategy irremovable (Putin and Sechin), and even Alekperov had something to hum neutral, so as not to enter into a clinch with the General line of the party. Bloomberg writes about the advantages of Russia in a price war. If you read it carefully, the advantage becomes quite clear: the Russian government has significant opportunities for shifting the problem on their citizens (as in the Soviet Union, by the way — then the advantage was formulated, in essence, the same).

But it (Pro passing) and so, not quite so. As a not very convincing to me, arguments about the sufficient reserves of the Central Bank and the government about the low cost of oil and so on. In these figures, Yes, Russia looks to a price war and recession ready. Its protection from external shock at the highest level in the last 50 years, probably. But the Russian economy is very weak at the same time. She (beyond the boundaries of the export-commodity sector) is based on the budget and domestic consumption (which is also based on budget) and has low levels of profitability and minimum superior zero growth potential. These margins and near zero growth, their minimum plus today highly dependent on external revenue (i.e. oil revenues, which are redistributed through the state budget and the investment budgets of the companies).

The negative effect would not be immediate, as in the external macroeconomic shock, but blowing its power can surpass in its effects the effect of external shock. I should add, however, that the recent so-called pension reform — rather painfully perceived by the population in conditions of economic depression is just such a neutron bomb a little bit. You have compressed the local markets of labor, and the grant for older and unnecessary for them to lift.

All this arguments and assumptions, of course. But this is an unfavorable combination of factors increases the likelihood of sudden movements by the Kremlin, which may very soon find yourself residing in an extremely unfavorable situation.

So in the first step, we are now looking at, is only hung on the walls of the gun.