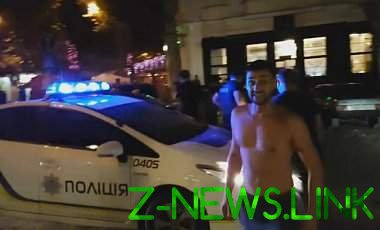 The court sentenced two residents of Nikolaev who was accused of committing acts of hooliganism and robbery while intoxicated in the city centre 30 August 2016. This was announced by adviser to the interior Minister Anton Geraschenko.

“A year has passed and the court ruled – both brawlers Artem Slobodyannik and Gennady Simbu will have to spend in places of deprivation of liberty for two real, not the conventional years of his life. It except that one year they have already spent under house arrest,” he said.

He also said that “some policemen took then not tough enough with offenders of public order, did not apply the full force of the Law, for which some were dismissed and others were declared penalties.”

In the night from 29 to 30 August in the center of Nikolaev there was an incident involving two young people and local residents. According to media reports Nikolaev the young men allegedly were drunk and beaten local residents. Police officers who were at the scene, accused of inaction. Video of the incident posted on YouTube.