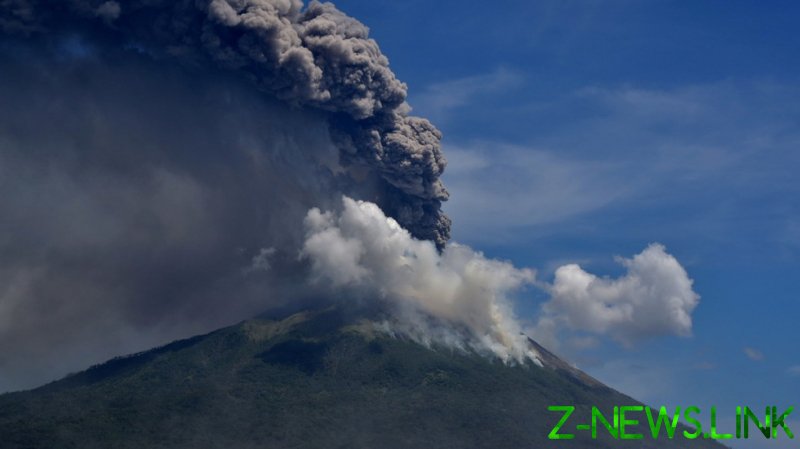 A video by RT’s Ruptly video agency has captured a massive four-kilometer-tall (13,123 feet) plume of ash and smoke coming out of the Lewotolo volcano on the Indonesian island of Lembata. The island is located some 2,600km east of the country’s capital, Jakarta.

The sight also scared the locals, as people from nearby villages opted to flee the area at the foot of the volcano, the Indonesian disaster mitigation agency said. The residents “panicked and they’re still looking for refuge and in need of money right now,” one of the locals told Reuters.

Lewotolo’s first eruption in eight years began late on Thursday and has so far resulted in no casualties, but authorities have been warning of the “increasing threat” of the cataclysm. The area around the volcano is likely to be engulfed in “hot clouds, lava stream, lava avalanche and poisonous gas,” the disaster mitigation agency said on its website.

Indonesia hosts almost 130 active volcanoes, more than any other country in the world, but Lewotolo is just the fourth among them to have its danger status raised to the second level of the country’s four-tier alert system.