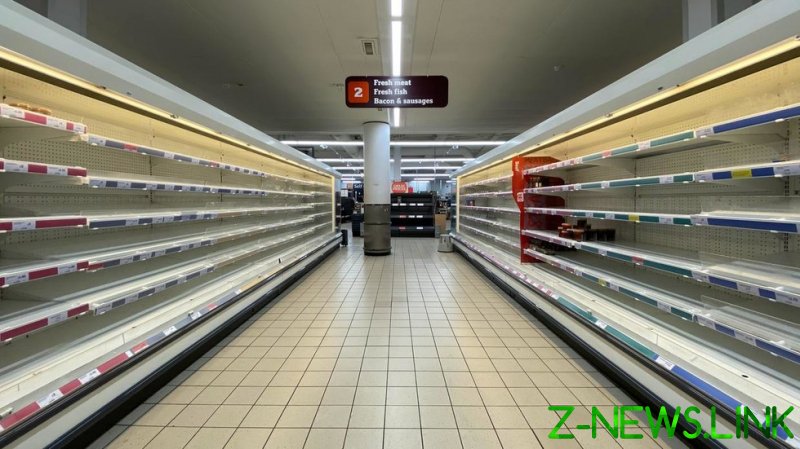 The coming years will be marked by extreme socio-economic turbulence. The world is reportedly facing an “everything shortage” where essential goods are getting harder, farther, and more time-consuming to find. These shortages affect the entire gamut of the social pyramid structure. The typical production to delivery cycle is repeatedly hammered by a macabre musical chair of woes in tune with Murphy’s Law: “Anything that can go wrong will go wrong.”

If the problem is not a lockdown, then it is a dearth of raw materials. If ports are ready to unload raw materials and finished products, then truckers are unavailable to pick them up. If truckers are available, ports are unable to process freights. Alternatively, the problem could be an acute power or fuel shortage. Coronavirus restrictions worldwide have also led to a shortage of essential labour, ranging from garbage collectors to pilots. Under the pyramidical hierarchy of the New Normal, only the capstone representing the top 0.1% is truly detached and thriving.

The long-festering supply-demand disequilibrium entered a point of no return when the coronavirus pandemic was declared in March 2020. A mass of freight ships bobbing aimlessly off the coast of China is now joined by a similar armada along US coasts. A container that cost $2,500 before the pandemic now commands a hefty $25,000 for the same load. Imagine the snowballing costs to the consumer?

Everything is now conveniently blamed on Covid-19, with causations and fearmongering reaching epically absurd proportions. Australia locked down the entire city of Perth (population 2 million plus) after discovering a single new coronavirus case in late January. Nearly eight months later, another single case resulted in the lockdown of the capital city of Canberra (population over 400,000). This insanity is just the tip of the Covid-19 iceberg.

Australia is arguably the most locked-downed nation on earth. More ominously, it is also one of the world’s primary food baskets. After 18 months of socio-economic disruptions, its agricultural exports are headed for a slump. The situation is worse elsewhere. Food inflation is already at a 10-year high in the United States, with prices in September notching a 32.8% increase on a year-on-year basis.

Scarcities and inflation herald a variety of social woes. An epidemic of organized shoplifting, for instance, has emerged as a $45 billion industry in the United States. This poses an additional whammy to the US retail sector, which is still reeling from the George Floyd riots and coronavirus restrictions. Amazon, au contraire, is doing nicely for itself. This is where goods stolen by day are e-tailed by night. Lunatic woke policies in the US also ensure that serial shoplifters are routinely released – often on the same day – to presumably expedite the bankruptcy of established retail outlets, particularly the small and medium-sized ones.

All the Black Swans, bred specifically for the Great Reset, are coming home to roost. Ripple effects from China’s Evergrande real estate debacle, involving debts of $305 billion no less, have impacted Sweden’s electric vehicle sector. Our global dominoes are set to cascade.

A collapse of Evergrande’s magnitude requires a well-executed whole-systems response. However, China is facing highly disruptive power outages due to poor foresight and a global coal crunch. Recent floods in the coal-rich Shanxi province will likely aggravate matters further. A global energy crisis is already spreading from Brazil to India. As Germany may soon learn at great costs to its industries and society, going green without retaining a robust fossil fuel infrastructure is simply myopic. With winter approaching, the need to operationalize Nord Stream 2 becomes more urgent than ever. Behind the scenes, however, bureaucrats in Brussels remain clueless.

There are some energy-related details to ponder in this context. Will EU authorities prioritize winter electric heating over electric cars that are supposedly green and climate-friendly? Smart meters within smart grids are supposed to resolve these cascading binary choices but not so in a world “designed by clowns” and “supervised by monkeys” – to paraphrase a Boeing engineer’s depiction of the recent 737 Max fiasco. That scathing pronouncement seems lost on the aviation sector as vaccination mandates are forcing out a good number of skilled personnel, including pilots. White House Press Secretary Jen Psaki even deemed these mandates “good for the economy”.

It is quite ironic that pilots must get inoculated in order to ferry the aristocrats of the New Normal who are exempted from such trivialities. If critical staff shortages persist in the airline industry, accompanied by one or two aviation disasters, the global supply chain may simply fold.

The biblical-scale woes do not end here, however. Experts and leaders are regurgitating the prospects of a “very dark winter” ahead. The solution, predictably, is mass vaccination and booster shots. Now, that should solve our global coal crisis, mass floods, growing hunger, real estate bubbles, shoplifting sprees and even climate change ad nauseam.

Bill Gates, the world’s foremost authority on pandemics and vaccines, opines that the world is not ready for “next pandemic.” The man has prophesied; it therefore must happen. Hopefully, this new outbreak would not be accompanied by pesky curative claims over cheap generics like hydroxychloroquine (HCQ), ivermectin or that impressively-trialled green chiretta herb in Thailand.

According to Gates, proper preparedness should include the ability to make a vaccine in “100 days” and manufacture enough for the entire world in the “next 100 days after that”. One wonders if Gates knows anything about product development. Vinyl toys, for example, take 4-6 months to progress from design to production phases. Creating and deploying a universal nostrum for a new disease in 100 days is simply preposterous. The human body, with too many unknown unknowns, is way more complex than vinyl toys. Even crappy operating systems take years to develop – that too after scuppering the prospects of worthier alternatives!

If Gates’ science appears in dire need of some patches and updates, a pliant media can help along by flipping nonsense into facts as usual. The blame for emerging global crises – from the ongoing fuel crunch to climate change – can be squarely laid on the unvaccinated. Call it the Corona-psychosis Effect.

One may reasonably argue that Gates was referring to a centralized global response to new pandemics. On paper, this may speed up the discovery of a remedy. But mass centralization never quite worked for the communist regimes of yore. It only strengthened the hands of dictators and the nomenklatura. Wealth and power today are similarly centralized in the hands of a few who, in turn, dictate and synchronize policies everywhere. Their only concern is wealth fractionation and the preservation of their class; not the fallouts of their machinations.

Brace yourselves for the next phase of the Great Reset.