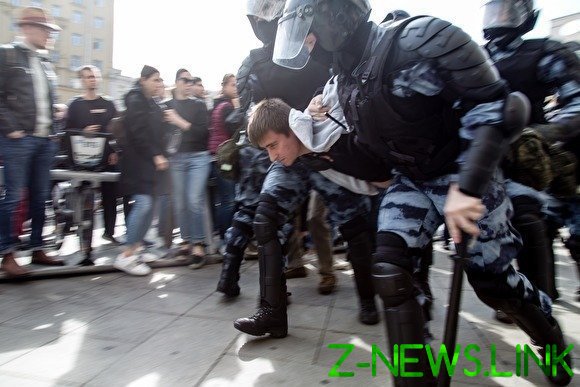 More than 500 journalists and writers

Writers and journalists, the members of the Association PAN-Moscow and Association “Free speech” disseminated a statement in connection with the suppression of mass protests in Moscow. The text published on the website of the organization.

“Citizens came in defense of its Constitution, in protest against iniquity and all forms of violence, from whoever it may come […] And security forces, which launched a machine of repression, reinforced it. As a result, thousands of our young (and not so young) contemporaries were subjected to arbitrary detention, some facing criminal prosecution. Despite the fact that anything illegal they did not commit, evidence of their guilt, but there is another shameless falsification. We started with the electoral fraud continued falsification of criminal cases. What are you going to rig more?”, — said in a statement.

The signatories have demanded the right to free expression, the release of all detainees, to cease criminal proceedings against participants of peaceful demonstrations, to allow the election to all candidates. “Propaganda repeats the same thesis: protest, you destroy the state and lead to revolutionary chaos. No, it is the opposite. Chaos leads demonstrative of iniquity: where no law is, there is no state,” reads the statement.

One of the unregistered candidates to the Parliament of the capital and co-organizer of the rally on August 10 Elena Rusakova on his page in Facebook called the treatment “the best text on what happens.”

Their signatures under the statement, published on 6 August, have put about 500 writers, poets, playwrights, journalists, publicists, translators, critics, literary scholars and philologists.