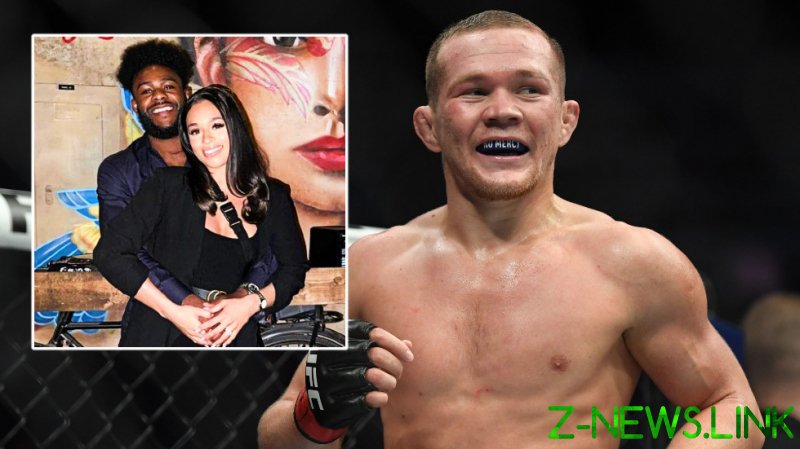 A rematch between the Jamaican-American and Yan had been planned for October 30 at UFC 267 after Sterling became the elite MMA championship’s bantamweight king earlier this year when his rival was disqualified for an illegal knee in the fourth round of their clash, when the dethroned champion appearing to be ahead on the cards.

An immediate chance to win back his strap was not forthcoming for Yan, and a spat raged between the duo.

When Sterling held up the division to complete neck surgery, ‘No Mercy’ accused him of being scared of a second meeting.

That had been finally penciled in for a month from now. But the New York native backed out at the weekend, blaming “lingering” issues with his neck while failing to set a timetable for the bout to be rescheduled.

Yan released a video on Instagram to address the matter, calling Sterling “a sneaky coward” and pledging not to wait for him.

Sterling has now hit back, taking to Twitter to claim that the 28-year-old “p*ssy” has blocked him on social media “after talking sh*t about me and my fiancée”.

“Guess he was upset I didn’t respond the way he wanted me to,” Sterling added, before signing off with a #NoMercy hashtag.

“Stop lying,”  Yan blasted back. “I will never say anything bad about someone’s family,”in the replies section this morning.

“And yes, you are blocked until you will grow the balls to fight me. For now, I’m done wasting my time on you, coward.”

Popular Yan has found no end of backers following that correspondence.

His comment has been liked almost 2,000 times within hours, with many MMA fans telling Stirling to “give up the belt”.

“The UFC needs to strip Aljo immediately,” said one. “Or make an interim belt starlight away for the next event, so the next time this fake champ pulls out he is definitely stripped of what doesn’t belong to him in the first place.”

“He just wants to hold the label ‘champion’ as long as he can. I mean, he put on an Academy Award [performance] of acting in the ring.

Maybe Hollywood can be his saving grace because – real talk – next time I’m dropping all my on Petr Yan.”