Home / WORLD / Open Skies no more: US pulls out of Cold War-era deal that provided global security in diplomatic row with Russia

Open Skies no more: US pulls out of Cold War-era deal that provided global security in diplomatic row with Russia 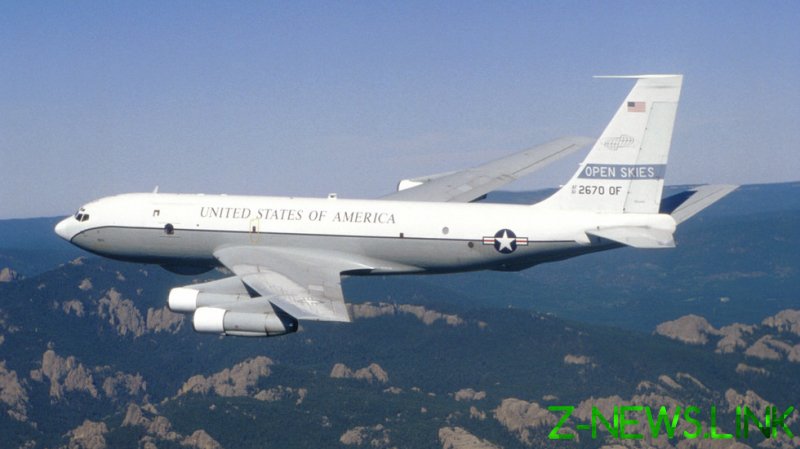 The Open Skies Treaty was first considered by the US and the Soviet Union in the 1950s as a possible way to increase transparency around troop movements and the deployment of nuclear weapons. It allows signatories to conduct a limited number of mutually beneficial aerial reconnaissance missions in the countries that are party to the deal, which includes the US, Canada, Russia and most of Europe.

In May, US Secretary of State Mike Pompeo pointed the finger at Moscow when he announced his country would seek to end its involvement in the treaty, claiming without evidence that Russia violated it. President Vladimir Putin’s government was presented with a set of new demands by US diplomats but refused them, calling them ultimatums.

As a result of the decision, the Americans will now no longer be able to operate unarmed spy plane flights over Russian territory, or that of the other signatory countries. They will also, in theory, be unable to benefit from intelligence gained from the program. However, there are concerns that the US will request aerial photographs of Russia taken by allies, while barring equivalent Russian flights over US military installations.

On Sunday, the Russian Foreign Ministry called that situation “unacceptable.” It added in a statement that Moscow “will seek firm guarantees that the states remaining in the treaty will fulfil their obligations, firstly, to ensure there are no barriers to observing their territory and, secondly, to ensure that the photographs from reconnaissance flights are not transferred to third countries that are not signed up to the deal.”

Open Skies is the latest international treaty that the US has pulled out of over tensions with Russia. Last year, Trump’s White House tore up the Reagan-era Intermediate-Range Nuclear Forces Treaty that had banned a number of highly destructive weapons with ranges of between 500 and 5,500km. At the time, Washington also accused Russia of breaking the conditions of the pact, while Moscow strongly denied the allegations.

The presumptive winner of the disputed US presidential elections, former vice president Joe Biden, has been critical of Trump’s approach to these Cold War-era treaties in the past. He has called the move to pull out of Open Skies short-sighted, and implied he would look to re-join the deal. However, this may prove challenging as the US might be forced to sign up to any and all new provisions of the Treaty that were made in their absence.