One step closer: India could complete construction of WORLD’S HIGHEST railway bridge by end of year 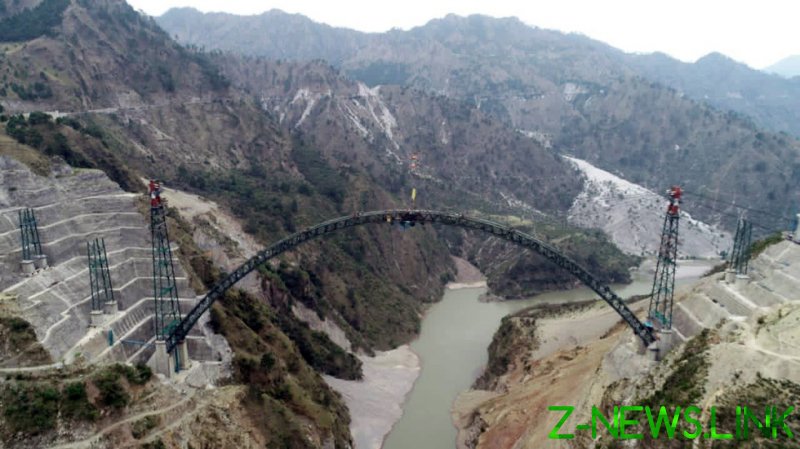 According to a statement issued by the Ministry of Railways, “The Arch closure was one of the most difficult parts of the bridge over Chenab and its completion is a major leap towards the completion of the 111 km-long winding stretch from Katra to Banihal.”

“At present, it takes 12 hours via road (Katra-Banihal), but after completion of the bridge, distance via train would be halved,” Northern Railway general manager Ashutosh Gangal said.

The last, 5.6-meter piece of metal was fitted at the highest point and joined the two arms of the arch that currently stretch towards each other from both the banks of the Chenab River. 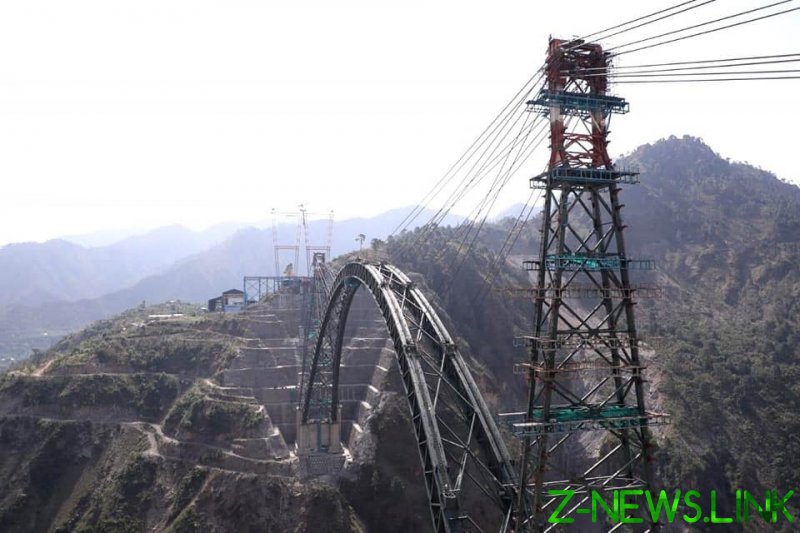 “This completed the shape of the arch that will then loom over the treacherous Chenab, flowing some 359 meters below,” the ministry said. It added that, “After the completion of the arch work, removal of the stay cables, filling of the concrete in the arch rib, erection of the steel trestle, launching of the viaduct, and track laying work will be taken up.”

The Chenab Bridge is part of India’s Udhampur-Srinagar-Baramulla rail link project (USBRL). The 1,315-meter-long bridge is being built at a height of 359 meters. Once completed, it will be the highest rail bridge in the world, and 35 meters higher than the Eiffel Tower.

The ministry also said that the bridge will be able to resist winds of up to 266kph, as well as earthquakes with a magnitude of up to eight, and high-intensity blasts.

Work on the project, which includes construction of several bridges and tunnels along the route, started in the early 2000s, but was suspended due to construction challenges. The coronavirus pandemic also added to the delay. The project is now expected to be finished by December 2021 and will have a lifespan of 120 years.