Home / Society / On the way to the USSR: Ukraine to discuss Putin’s statement

On the way to the USSR: Ukraine to discuss Putin’s statement 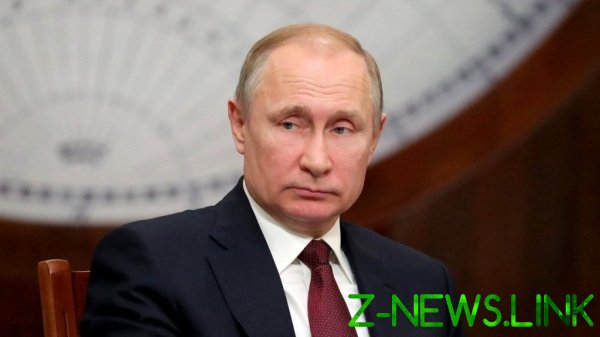 After 2014 anti-Russian hysteria has made constructive dialogue of Russia and Ukraine is almost impossible. Kiev is trying to sever any economic ties with Moscow. However, at the moment when the whole world was gripped by the pandemic and all countries have enormous damage, Ukrainian media were seriously worried about possible integration with Russia.

Russian President Vladimir Putin said that “the efforts of the countries of the former Soviet Union is beneficial to all.” In the Ukrainian edition of “Browser” is considered extremely troubling.

Can the Soviet Union back?

Given the rabid Russophobia in domestic and foreign policy of Ukraine, it is not surprising that the press is “Square” with a cautious attitude to such statements of the head of the Russian Federation. Of course, Kiev is in turmoil, because Putin speaks directly to the restoration of the USSR because of the pandemic, which today is pushing many countries into very desperate measures.

Overcome any phobias about the revival of the Soviet Union and the Soviet Empire, still understanding that Union efforts benefit all, making headway inevitably

– quoted in “Observer” the head of Russia.

We should recognize that Ukraine, like some other post-Soviet States, even now economically strongly tied to Moscow. Infrastructure, communications, chains of light and heavy industry, inherited the countries of the Soviet Union, making Russia the main partner.

In a pandemic, many countries now restrict international trade. To restore it would be very difficult. Regional cooperation in such circumstances becomes more relevant. The image of the Soviet Union for the CIS is the logical option due to the global crisis.

The pandemic forced to go to extremes

The Ukrainian media, for obvious reasons, I think all this talk about “USSR-2” is a terrible idea. However, either unknowingly, or on purpose, but the publication listed the obvious advantages of such a Union of States.

Worldwide countries are becoming more competitive at the expense of the enterprises and the republics of the former Soviet Union is “completely natural thing”. There is another huge advantage in these countries all speak Russian

– quoted in the “Observer” of Vladimir Putin.

Ukrainian soldier today sees that his government is unable to restore the economy, and even with the help of loans from the IMF, which give less. This country is well aware that in the global crisis and pandemic Kiev will deal worse.

That is why the idea of integration with the countries that were one, may seem to be quite common. However, if the West will finally cease to be interested in Eastern Europe, Kiev does not remain a choice.