On the first day of the cash subsidy paid 350 million 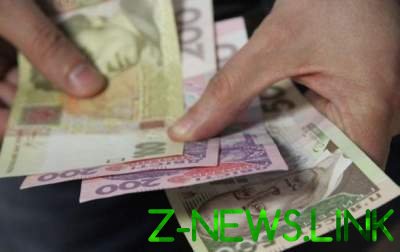 March 12, started the payment of subsidies to monetized through a network of Oschadbank.

A large-scale campaign for the monetization of subsidies for payment for housing and communal services, which was launched in early March, is planned and without a glitch. About it reports a press-service of the Cabinet of Ministers.

According to Oschadbank, March 12, started the payment monetize the subsidy through the Bank’s network. In particular, on the first day of payment through the payment system, Fast penny paid subsidies in the amount of 19.4 million hryvnia, which was designed by 11 172 translations. On cards enrolled 204 224 transfer in the amount of 333,4 million. The campaign continues.

The subsidy program in Ukraine acts as an effective way of assistance to vulnerable segments of the population. In 2017, at the initiative of the Cabinet of Ministers introduced a mechanism to stimulate savings of gas and electricity during the heating season. In 2018, this incentive amounted in monetary terms, about 700 hryvnia. The number of households that received the money amounted to 1.3 million

See also:  Found a car with a mileage of 1.6 million miles

We will remind, in February the Cabinet approved the payment of cash subsidies from March 2019. During the spring, the postal service will deliver monetized subsidies to more than a million pensioners.