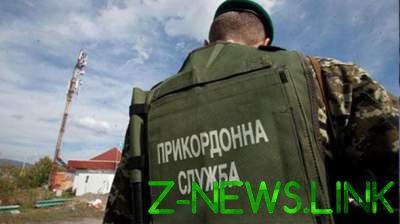 The car and the goods are handed over to the representatives of the fiscal service.

In the Kharkiv region on the border with Russia frontier guards together with employees of security Service October 5, found and detained the truck with bacon. This was reported today by the press service of the state border service.

“Information about possible illegal cross-border movement of consumer goods, the border guards received from the SBU. For its implementation were sent to the joint border guards”, – stated in the message.

As a result, in the area of the settlement Chaykovka 10 metres from the border was discovered a truck Ural with 72 boxes of fat in the body. The vehicle owner was not there.

At the moment car and the product transferred to fiscal service. Car owners are looking for.

Earlier, two citizens of Moldova tried to take out from Ukraine to Russia 1200 liters of counterfeit alcohol. Detained smugglers in the Sumy region. On the outskirts of the village Uhroidy that in Krasnopolsky district, border guards stopped a minibus Mercedes-Benz Sprinter Moldovan registration. In the car were two citizens of Moldova.