Home / economy / On products saving almost a quarter of Russians

On products saving almost a quarter of Russians 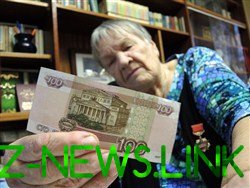 On nothing save only 17% of Russian citizens. About it became known according to results of a survey conducted last month by holding “ROMIR”. Researchers point out that these figures testify to stop the trend to increase the number of citizens who do not save.

Most often, the Russians began to save on travelling, revealed a survey. Refused 29% of nationals (last year in order to save on trips did not go 12%). More and more Russians are saving on food. In the survey told about it 24% of respondents (17% last year). Already 23% of the population to save on purchases of clothing and footwear, not 9%, a year earlier.

Earlier, Rosstat has summed up the results of the first quarter. The economic development Ministry was expecting growth of 0.8%, the Bank of Russia — 1-1,5%, and get only 0.5%.