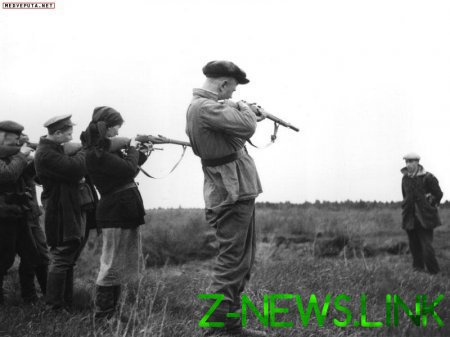 The military-historical festival in the Altai region staged the execution of “traitors” during the battle for the Dnieper.

Writes Altapress, bloody battle during the great Patriotic war, was reconstructed in the village of Shipunovo. The scenario unit of the German troops included in Ukrainian village, whose residents help guerrillas. The Nazis burned part of the village, after which she was approached by a detachment of the red army. “Traitor,” despite his pleas and calls “don’t shoot her”, he shot up a convoy.

In the animal world

The festival re-enactors “Dneprovskiy Rubezh”, which took place in the Altai, for the audience was organized a demonstration shot of the traitor.
Wild fun in the eyes of the children . Sick country. Sick people. The quarantine perimeter is required.