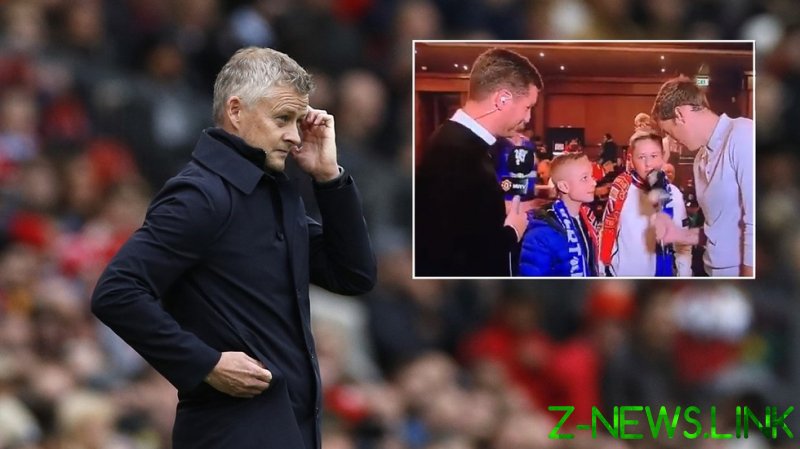 The pressure continues to rise on United’s Norwegian boss after yet another insipid performance this time at home to Everton, and when interviewed on live television by the club’s own station MUTV, these two fans couldn’t help but offer a concise description in United’s woes.

“What did you think of the game?” the host asks the two diminutive football fans, who were decked in half-and-half scarves (and may well have been Everton supporters).

“Ole out,” replied the first before making a swift exit leaving the spotlight on his pal.

“Ole out,” the second agreed, before adding some further color. “Sancho’s cr*p,” he said.

“‘Sancho’s crap’ that kid knows ball,” joked one fan in the comments.

“No way children have higher standards for Man United than half of the adults in the ground lol,” added another.

“How disrespectful to a club legend . Give the man another season he will do wonders,” said another with their tongue firmly in their cheek and accompanied by a string of laughing emojis.