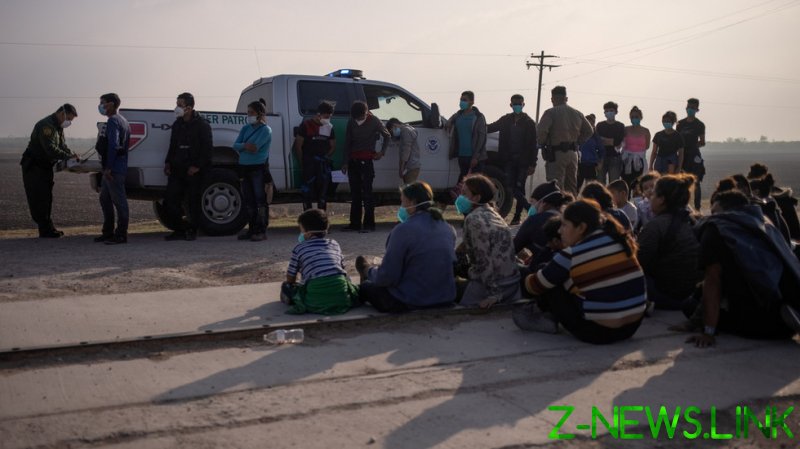 It is “crucial” that journalists be given “unfettered access” to the border to inform the public of what is happening there, the SPJ said in a statement on Tuesday, condemning the “tactics” of the Biden administration that resulted in effective restrictions on reporting.

Biden “promised both a more humane approach to immigration and more transparency than his predecessor,” said SPJ National President Matthew T. Hall, adding that his administration’s “refusal to let journalists fully observe and assess the growing humanitarian crisis at the border… shows he is failing on both promises.”

The SPJ urges Biden and his administration “to let journalists do their job by granting them access to facilities along the border” as well as interviews with officials “who know and can accurately convey to the public what is going on.”

The society, which began in 1909 as a student fraternity and evolved into a national professional organization by the 1960s, said it intends to join other groups in sending a letter to Homeland Security Secretary Alejandro Mayorkas later this week, demanding media access to the border.

This is the first major instance of media backlash against the Biden administration after months of the Democrat enjoying an exceedingly friendly and downright cheerleader relationship with the press, in marked contrast with his predecessor Donald Trump.

NBC News revealed last week that all media requests, including those from local outlets, were being referred to Washington, DC and that all “ride-along” requests were being denied by the Customs and Border Patrol (CBP), in what amounted to an effective embargo on reporting from the border. Photos of the makeshift detention facilities for migrants – including unaccompanied children trafficked across the border from Mexico – only surfaced on Monday.

Within days of taking office, Biden reversed most of Trump’s immigration policies, calling for a more “humane” approach to migration from Central America. Interpreting this as a signal the US border was open, tens of thousands of migrants surged north across Mexico, openly admitting to reporters they were motivated by Biden’s announcements and even wearing “Biden please let us in” T-shirts.

Even as detention centers filled up, the Biden administration has refused to call the border situation a crisis. Pressed on the issue again at a press briefing on Monday, White House Press Secretary Jen Psaki called it a “circumstance,” while Mayorkas has used a different euphemism, “challenge.”

On Monday, the Pentagon acknowledged receiving a request for using two military facilities to house the migrants. The Trump administration was crucified in the media for merely contemplating that move in 2018 and 2019, but the outrage over what was then called “kids in cages” has been notably muted now.