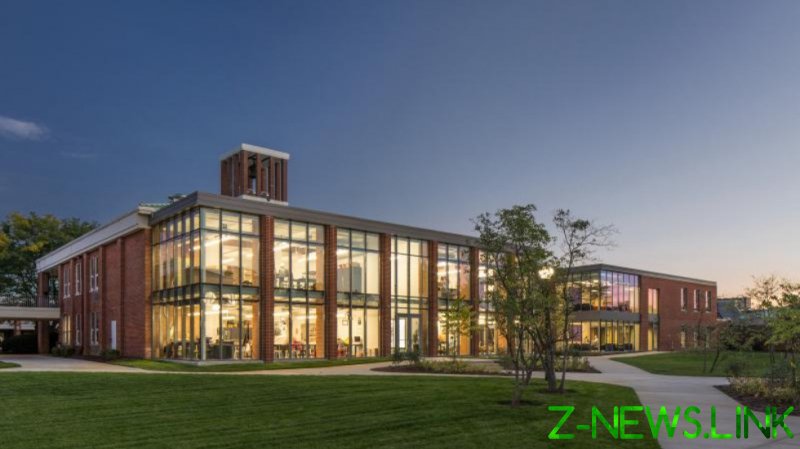 Columbus Academy, a private prep school based in Gahanna, Ohio, informed parents Andrea Gross and Amy Gonzalez that their children would not be permitted to enroll again, saying their activism had breached an agreement with the school to maintain a “positive and constructive working relationship.”

In letters to the parents obtained by Fox News on Friday, the school argued that Gross and Gonzalez “pursued a course of action that has been anything but civil, respectful and faithful to the facts,” and waged a “sustained and increasingly inflammatory” campaign of “false and misleading attacks.”

The mothers, however, insist the move is a reprisal for their efforts to shine a spotlight on the academy’s curriculum, which they say pushes left-wing “political extremism” in the form of “critical race theory” and promotes a “culture of fear and intimidation.”

“The school’s retaliation will forever affect my innocent children,” Gross said in a joint press release with Gonzalez. “We love Columbus Academy, the teachers, and the community so we decided to effectuate change from the inside.”

This is a clear message from the school to silence us and to intimidate and frighten the hundreds of other members in our Coalition.

The two moms launched the Pro CA Coalition in January and have since rallied hundreds of other parents, staff members and students to their cause, collecting testimonies and affidavits about their experiences at the $30,000-per-year school.

While the academy maintains that it does not teach critical race theory “per se,” it said students “may be exposed to some of the underlying concepts,” such as “systemic racism.” It hastened to add that children “are not being ‘taught’ critical race theory any more than they are ‘taught’ fascism or socialism when studying European history.” The school also rejected the charge that children were being “indoctrinated” or required to “concur with the tenets or analysis of ‘critical race theory’” to receive good grades.

Gross and Gonzalez stirred controversy for the school after appearing on the ‘Blunt Force Truth’ podcast in April to discuss their activism, during which they mulled the idea of withholding tuition payments until their concerns were addressed. Their words were cited in the academy’s letters notifying the two moms of their kids’ de facto expulsion.

“You have taken steps to explore how you, and with your encouragement, others, could withhold tuition payments and place them in escrow until your demands are met,” the school said, adding that Gross and Gonzalez also tried to persuade donors to redirect their contributions to their own organization.

Columbus Academy also said the mothers had falsely charged that “bomb sniffing dogs” were sent to the school for an unknown purpose. Gross and Gonzalez say they were approached by the parent of another student, who claimed that his son saw what appeared to be a police K9 unit near the school’s cafeteria.

But academy spokesman Dan Williamson was unequivocal in his denial, telling Fox that “No police dogs – from the local police department or any other law enforcement agency – were on the Columbus Academy campus.”

I can categorically tell you that none were requested by Columbus Academy.

The uproar at Columbus comes as parents across the US voice similar concerns about politicized school curriculums that put too great a focus on race. The issue has been picked up in a number of state legislatures as well, some passing measures to ban public schools from teaching doctrines that promote collective guilt, racial stereotyping, segregation or scapegoating.