Home / WORLD / Off the coast of Nigeria, pirates captured a Ukrainian

Off the coast of Nigeria, pirates captured a Ukrainian 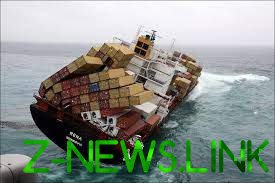 Ukrainian kidnapped along with five colleagues.

Among the six crew members of the container ship Demeter, abducted in the attack of pirates off the coast of Nigeria, four Filipinos, one Ukrainian and one Hungarian. Most likely, the Ukrainian sailor — officer or captain. A container ship attacked at 6 am on 21 October South of Port Harcourt in the Bight of Bonny in Nigeria. The pirates snuck on Board and were able to steal almost the entire command structure.

Those members of the crew who were able to provide further movement of the vessel. German sudovladel together with diplomats trying to figure out the whereabouts of the kidnapped by pirates off the coast of Nigeria, a Ukrainian sailor.

Representative of the Department of consular service of the MFA of Ukraine Vasily Kirilich said that the Consulate General of Ukraine in Hamburg supports operative communication with the shipowner and engaged in “define the location of the crew members of the vessel and their speedy release.”

See also:  Poltorak called the number of the Ukrainian military in the ATO