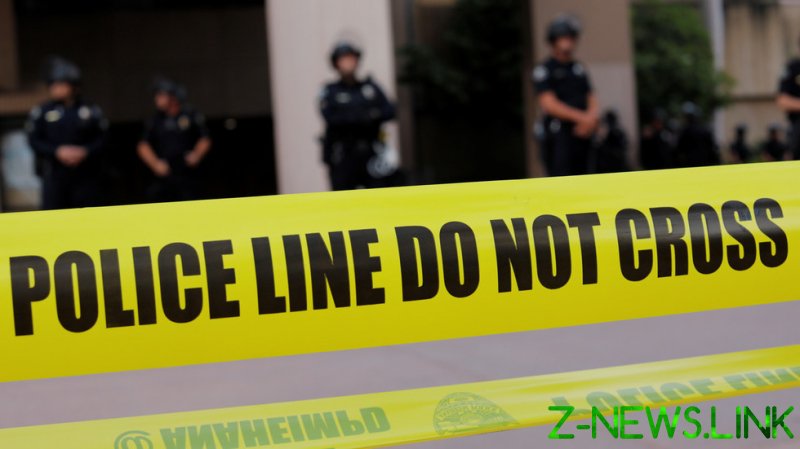 The two suspects approached the television crew as they were conducting an interview with the violence prevention chief, Guillermo Cespedes, outside City Hall on Monday morning. A scuffle ensued after the two attempted to steal the crew’s camera. An armed security guard eventually stepped in and the suspects fled. There were no injuries reported.

The two suspects are “still outstanding,” according to police.

“Our colleagues were conducting an interview at Oakland City Hall when they were approached by two armed individuals,” Liza Catalan, a spokesperson for NBC Bay Area, told viewers about the short clip that made it to air, which was meant to be part of a segment on crime in the city. “Thankfully our colleagues are safe and unharmed.”

Cespedes’ interview followed a press conference given by Oakland Police Chief LeRonne Armstrong, who criticized the City Council for diverting $18 million in funding for the police, part of which was meant to go to the violence prevention efforts in the city.

Armstrong commented on the rise in violent crime – noting a 90% increase in homicides from this time last year – in the city and said 911 responses to calls could be delayed due to such cuts.

“Crime is out of control in the city of Oakland,” the police chief flatly said.

The irony of the timing of Cespedes’ robbery hardly went unnoticed by critics on social media, and some took the story further, using it to criticize efforts by activists to ‘Defund the Police,’ a movement recently popularized alongside Black Lives Matter protests, though both Republicans and Democrats distanced themselves.

“This happens a lot to camera crews in the Bay Area btw. So glad my NBC colleagues are okay,” reporter Kate Larsen tweeted in reaction.