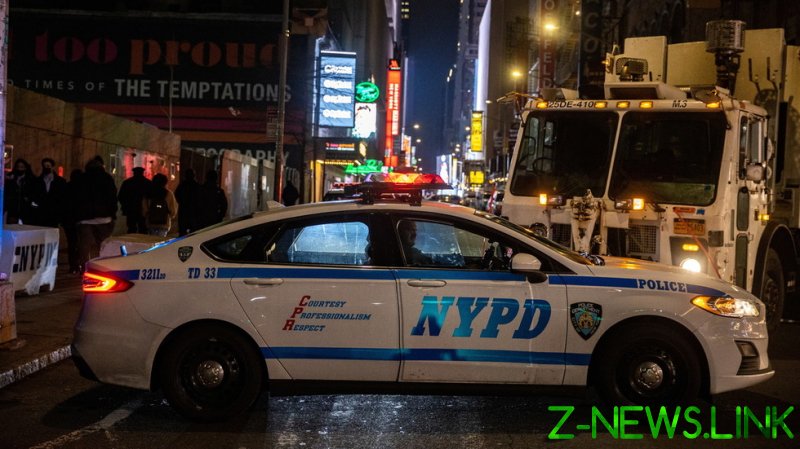 At a Black Lives Matter demonstration in Brooklyn on Friday evening, video was captured of the officer in uniform with two Trump badges attached to her vest. One is of a skull styled after the comic book character The Punisher – which some have called for to be retired – with Trump’s hair, while the other has a similar image along with Trump’s name and the phrase “make enforcement great again.”

“Where were you on January 6?” one protester asks her, referring to the US Capitol riot. The protester then begins calling her a “domestic terrorist” as others join in. The officer does not respond, but does at one point blow a kiss to an unseen person.

The officer was identified by social media users, but has not been named by the NYPD.

Outraged liberals took to social media on Saturday to blast the NYPD, which prohibits officers from wearing anything that makes a political statement while in uniform, for employing a “white supremacist.”

“NYPD officers wearing Trump badges ? What’s up with that? Get the white supremacists out of the police force forever,” actress Rosanna Arquette tweeted in reaction to the video.

The NYPD acknowledged the video on Saturday after a wave of criticism and said the officer has “received an initial discipline” for “wearing a politically oriented patch.” They also said an investigation into the matter is underway.

“Members of the NYPD must remain apolitical — it’s essential to public trust & officers’ ability to perform their jobs,” he wrote.